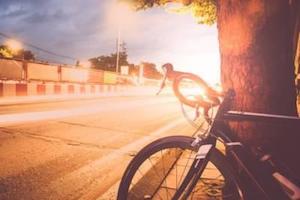 Injuries sustained by cyclists in bicycle accidents can be severe and even deadly. While the behavior of other motorists cannot always be predicted, cyclists can take some protective measures to decrease their chances of being involved in a bicycle accident.

Cyclists can be injured in all types of situations, but certain accident scenarios are quite common, including:

Accidents cannot always be avoided. However, there are some general safety tips that can help cyclists decrease their chances of injury. Anyone on a bicycle should:

Motorists can also take steps to ensure that they are not the cause of an accident involving a cyclist. A few of the most important safety tips for car and truck drivers include:

Injured in a Bicycle Accident?

Collisions between vehicles and bicycles can result in deadly injuries for riders. Unfortunately, many such accidents could have been avoided with a few extra moments of careful attention. If you or a loved one has been injured in a bicycle accident caused by another driver’s carelessness or wrongful act, contact the experienced San Jose personal injury attorneys at Corsiglia, McMahon & Allard, L.L.P. to schedule a free consultation.