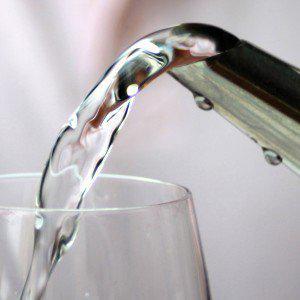 After guests complained about low water pressure, a maintenance worker checked the water tanks of a historic California hotel and made a gruesome discovery. The body of a tourist who had been missing for about two weeks was in a tank, and hotel guests had been drinking, bathing and brushing their teeth with that water.

Officials immediately began investigating whether the tourist, a 21-year-old woman, was murdered or died as the result of a tragic accident. Hotel surveillance had showed the woman inside an elevator, pushing buttons and looking out the doors in both directions. Additionally, the water tank where her body was found was on a platform that could be difficult to access.

Meanwhile, health officials launched an investigation into whether the hotel was safe. Local public health officials ordered people not to drink the water until a lab analysis had been completed.

Tests later showed that the water was safe. The hotel relocated most guests to another hotel, though 11 rooms were filled. The hotel required guests who remained to sign a waiver of the potential health risks. The waivers raise the issue of the hotel's potential legal liability. The hotel has a duty to provide a safe environment for its guests, and if it failed to do so, guests who were harmed could hold the hotel responsible through a premises liability suit.

The deceased woman's family could pursue a wrongful death claim if she was killed because the hotel was negligent, either in its security or in the maintenance of its hotel. Additionally, if hotel guests were harmed because of the presence of a body in the water, they could also file personal injury claims against the hotel to obtain compensation for their damages.