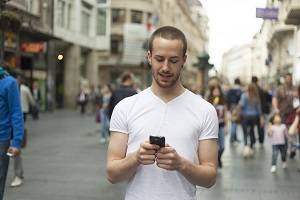 It is one of the most popular mobile games right now, and Pokémon Go is showing no signs of losing that popularity. Within days of its release, the game had become the most downloaded app on the App Store, and has continued to raise the price of Nintendo stock. However, players of the game have also been injured and even robbed while engaged intently in the game.

In order to play the game, players have to use their cell phones as a lens through which to see and collect the Pokémon creatures. This means that players may not be paying as much attention to their surroundings. Players have reported minor bumps and bruises from colliding into objects or even falling into ditches. Some car accidents have been reported as a result of drivers playing the game while behind the wheel.

Injuries to players and others around them raises an important question of who is liable for the injuries. Initially, injured parties have to consider the liability of the player; what was he doing when the injury occurred? If a driver is not paying attention because he is engrossed in a game, and causes an accident, he is likely to be found liable for any injuries caused to others. If players trespass onto private property in order to play, they may find themselves facing criminal charges.

Are the companies who created and distributed the app liable for players’ injuries? Probably not. When a player downloads the app in order to play the game, he is presented with the game’s terms of service that warn of the danger of injury, and urge players to exercise caution when playing and pay attention to their surroundings. The player is warned that he plays at his own risk. In addition, through the terms of service the companies also disclaim all liability for personal injury or death caused in the course of playing the game. California courts accept a participant’s express assumption of risk if the warning is sufficiently clear.

Whether this particular warning is sufficient to defeat personal injury lawsuits from players is yet to be seen as it has not been challenged in court. The chances of the clause being challenged in court are somewhat slim because by accepting the terms of service, the players also agree to give up their rights to sue and agree instead to binding arbitration, unless they opt out of arbitration within 30 days of agreeing to the terms.

Reach Out to Us for Help

If you suffered personal injury because of a negligent driver or person who was distracted by the Pokémon Go phenomenon, you may have a valid personal injury claim. For a free consultation, contact the skilled San Jose personal injury attorneys at Corsiglia, McMahon & Allard, L.L.P., serving Santa Clara County, San Mateo County, Monterey County, Alameda County, San Benito County, and the Bay Area.