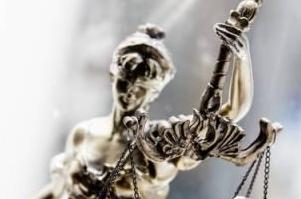 For the past 30 years, victims in a California personal injury case were subject to an investigation into their immigration status. If it was determined that they were an undocumented citizen, the amount of their settlement could then be reduced to reflect the wage that they would have earned in their resident country. As of January 1, 2017, this will be prohibited. Learn what it could mean for your personal injury case, and why it is still important to ensure you have legal representation for your claim.

Lost Wages for Undocumented Citizens - Then and Now

Personal injury victims often lose time at work, which hinders their ability to support their family. For undocumented immigrants, the effect was financially devastating. Many never even pursued compensation for any lost time at work because the settlement amount would have been so low, it nearly nullified the effort. This left many with no recourse, other than potentially pursuing a claim to cover any possible medical expenses they might have incurred. Yet many still held back because the investigation into their background had the potential to place them and their families at risk for deportation.

With the upcoming change to California’s personal injury laws, undocumented immigrants who have been a victim in a personal injury case may begin to pursue fair compensation for any time they miss at work. If awarded, this amount will be configured according to the current wages in the state of California. Further, victims may no longer need to fear the idea of deportation because, under the new law, defendants and their lawyers will no longer be permitted to inquire about the victim’s immigration status.

Why Hiring an Attorney is Still Important

Although victims can pursue personal injury claims through the insurance companies on their own, it is still highly advised that they seek legal counsel. Even with the new law, insurance companies may attempt to minimize the impact that an accident has had on a victim or their family. They may even try to shift the blame to reduce or completely eliminate the payout of a claim. An attorney can protect your rights and improve your overall chances of a full and fair settlement in your case.

If you or someone you love has been injured or killed in an accident caused by negligence, Corsiglia, McMahon & Allard, LLP is the name to trust. Our seasoned San Jose personal injury lawyers will fight aggressively to get you the compensation that you deserve. Learn more by scheduling a free consultation. Call us at (408) 289-1417 today.