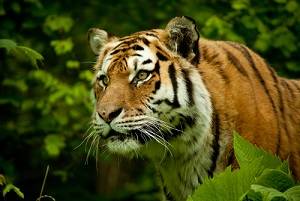 If you are bitten or attacked by an animal in California, you may have a cause of action against the animal’s owner. Whether the owner is liable depends on the type of animal, where the attack occurred, and other factors. The ownership of wild animals is strictly regulated in California because of the danger of attack. If a person owns a wild animal, and the animal attacks and injures someone, the owner is strictly liable for the resultant damages.

When a domesticated animal attacks someone, its owner may be liable if he or she was negligent in keeping or restraining it. Because domesticated animals are considered tame and not excessively dangerous, owners will not be liable for unforeseen attacks and injuries. However, they must take reasonable precautions to protect others from the animal, such as by keeping a dog on a leash or in an enclosure.

However, when a person keeps a wild animal, it is considered inherently dangerous. Thus, the owner is strictly liable for any injuries caused by the animal attacking another. To recover compensation for injuries sustained in an attack by a wild animal, a plaintiff must prove that:

Importantly, the victim of the attack does not have to prove the owner’s negligence. The owner will be liable for damages regardless of how much care he or she took to restrain the animal. Any fences, leashes, or confines will not be taken into account.

Wild animals are those that belong to a category of animal that is not generally domesticated, and is likely to cause injury to others unless restrained. Lions, tigers, sharks, bears, elephants, wolves, and monkeys have all been considered wild animals by California courts. A wild animal’s dangerous propensities are presumed, so if an animal is of a species that is considered wild, the victim of an attack does not have to prove that the owner knew of the dangerous propensities.

An important defense often asserted by the owners of wild animals is assumption of the risk, which acts as a complete bar to recovery. An attack victim assumes the risk of injury when he or she voluntarily interacts with the animal in a manner that creates a risk of injury. Because the victim appreciated the risks of the activity, he or she cannot blame the owner when a foreseeable injury results.

For example, a person may assume the risk of injury when bull riding. If a person tries to ride a dangerous bull, knowing that bulls are dangerous, the owner of the animal cannot be held liable because the injured person knew of the risks of bull riding, but did it anyway, assuming the risk of the activity.

If you have been attacked by a wild or domesticated animal, please call the skilled Monterey personal injury attorneys at Corsiglia, McMahon & Allard, L.L.P. to schedule an initial consultation.