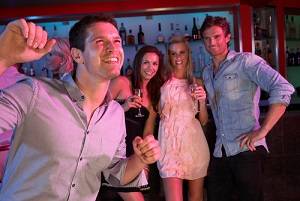 With the prevalence of DUI accidents and other alcohol-related injuries, it is important to understand the effect that intoxication has on personal injury liability in California. When a person’s alcohol or drug use causes him or her to act negligently, the intoxicated person may be liable for the resultant damages.

Intoxication does not necessarily mean that a person has acted negligently. The victim still must prove that the intoxication led to negligent behavior. However, the fact that a person is under the influence of alcohol or drugs does not, by itself, mean that his or her standard of care is reduced. An intoxicated person must still act with as much care as those who are sober. In order to avoid liability, they must comply with the reasonable-person standard, acting as a reasonably prudent sober person would act under the circumstances.

When determining whether a defendant’s intoxication was a contributing cause of the injury, the jury will look at the facts of each individual situation. The mere fact of intoxication does not constitute negligence as a matter of law.

In some circumstances, a victim’s intoxication may be a partial defense for negligence claims. Intoxication is a common claim in premises liability cases, when pedestrians trip or stumble over a dangerous condition on another’s property. When a victim acts negligently because of intoxication and that negligence contributes to an accident, his or her recovery may be decreased in proportion to the victim’s degree of fault in causing the accident.

However, if the intoxicated pedestrian did check for oncoming traffic and was nonetheless struck and injured by a negligent driver, the mere fact of the pedestrian’s intoxication does not mean that she was negligent.

If you were injured by an intoxicated person, or if you suffered an injury while intoxicated, a lawyer can help you understand your options. Please call the dedicated San Jose personal injury attorneys at Corsiglia, McMahon & Allard, L.L.P. at (408) 289-1417 to discuss your case in an initial consultation.