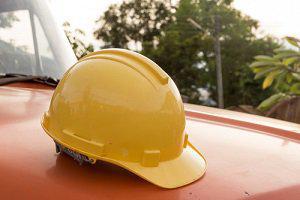 A fifth-floor balcony collapsed in Berkeley recently, killing six and seriously injuring seven others. The collapse happened during a birthday party hosted by visiting Irish college students. The balcony gave way and landed on the fourth floor balcony below it. Officials are trying to determine why the balcony collapsed. The collapse may have been due to the balcony being overloaded, as there were 13 people on it when it fell. Investigators will examine issues such as whether the balcony was built to code, whether it was overloaded, and whether it had been damaged by rain or other weather.

Property owners are generally responsible for keeping their premises safe for residents and for visitors. One way that California ensures safety is by enforcing its building code. Every building in California must be built and maintained in compliance with California’s Building Standards Code, which is designed to protect both occupants and visitors.

Unfortunately, some buildings are not built according to code. Additionally, older buildings may not be updated to keep them in compliance with the current code. If a building does not comply with the building code, and an injury results from the noncompliance, the builder or property owner may be liable for those injuries. Common types of violations include unsafe stairs or defective railings, poor lighting, cracked and uneven sidewalks, broken elevators, or incorrectly installed wiring.

In California, there is a presumption of negligence if:

If all those conditions exist, then there is a presumption that the defendant was negligent. The presumption may be rebutted if the defendant can show that the violation was justified, meaning that he or she made the same effort to comply with the law that an ordinary, law-abiding person would have made.

For instance, California’s building code currently requires balconies to support 100 pounds per square foot. If a balcony did not meet that requirement, and then fell, injuring the person standing on it, that violation of the building code would create a presumption that the property owner or builder was negligent.

Building code violations are a major contributor to slip and fall accidents and to more serious accidents as well. If you believe that a code violation created a dangerous condition that lead to your injury, an experienced attorney can help. Please contact the San Jose personal injury attorneys at Corsiglia, McMahon & Allard, L.L.P. for a free consultation.