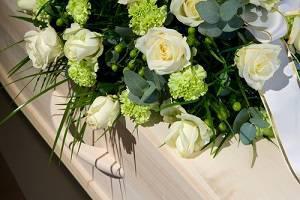 When you enter another person’s property, the owner of that property has a measure a responsibility for keeping you safe. Such responsibility is known as a duty of care. This means that the property’s owner or occupant must take reasonable steps to ensure that guests—especially expected and invited guests—on the premises are not placed in preventable danger. If a property owner fails to uphold the duty of care, he or she may be held liable for any injuries sustained by his or her guests. If a guest is killed as a result of the property owner’s negligence, the victim’s family may be able to seek damages from the owner in a wrongful death lawsuit.

Over the next several months, many such lawsuits are likely to arise following the tragic death of 36 men and women in a fire that devastated an Oakland warehouse last weekend. While the exact cause of the blaze has yet to be confirmed, reports suggest that the couple who ran the warehouse as a center of sorts for artists and musicians may have been operating in violation of local building codes and permit laws.

Three dozen people, ranging in age from 17 to 35, were killed last Friday night when a fire broke out during a party at warehouse known as the “Ghost Ship” on 31st Avenue in Oakland. According to reports, the Ghost Ship was a dilapidated building that served as a hub for Oakland’s arts community providing studio and performance space as well as rudimentary dwellings for struggling artists. Members of the local art community say that the party last Friday night was just one of many thrown by the building’s leaseholder to help offset the cost of paying the rent.

Many who were familiar with the building allegedly knew that it was unsafe and not up to code, but a lack of other available spaces kept them from reporting the problems to local authorities. City records, however, show that at least two complaints had been filed against the building in the last two years regarding trash and hazardous debris around the exterior. The city was also looking into complaints that illegal construction had taken place inside the Ghost Ship, which was last permitted for use only as a warehouse, not as a residential building or a building for public assembly.

According to records released by the city, an inspector was sent to examine the building last month. He was unable to access the interior of the building, but confirmed the complaints of blighted exterior conditions. City officials indicated that the two-story structure had only two exits and no fire-suppression or sprinkler systems.

The law in California allows certain members of a decedent’s family to file a wrongful death claim following a person’s death. This usually includes the person’s spouse or children, but may also include his or her parents or siblings depending upon the circumstances of the case. For the action to be successful, the claimant would need to show that the death was caused by the actions or negligence of another party and the losses that the family sustained as a result. Such losses may include funeral and burial expenses, the decedent’s wages, and contributions to the family, as well as lost love, community, and affection by the surviving family.

If you are the surviving family member of a person killed in a tragic event like the Oakland warehouse fire, speak with an experienced San Jose wrongful death attorney about your legal options right away. The compassionate team at Corsiglia McMahon & Allard will provide the guidance you need during a very difficult time. Call (408) 289-1417 for a free consultation at our office today.