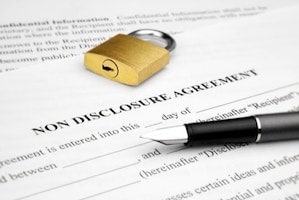 Over the last few weeks, sexual harassment and abuse have reached the forefront of public consciousness. While rumors and allegations of sexual misconduct have swirled for years around high-profile figures in the entertainment industry, news outlets all but exploded when a series of accusations were leveled against a particularly famous film producer. Since then, countless other victims have spoken up in news reports and on social media about instances of abuse perpetrated by actors, comedians, doctors, supervisors, managers, and others.

As such stories have come to light, it is reasonable to wonder why so many victims have stayed quiet about their experiences for so long. In some cases, they fear embarrassment or ostracism. Others may have convinced themselves that they were at least partially to blame. There is, however, another concern. Many of these cases involve alleged abuse by employers against employees who were required to sign non-disclosure agreements as a condition of their employment.

When a company asks an employee or business associate to sign a non-disclosure agreement, it is usually done in the interests of protecting the business. Employees and prospective partners are often given access to trade secrets, proprietary systems, and other information that could be used by competitors to gain leverage in the marketplace. In such a context, non-disclosure agreements are understandable and often necessary.

Unfortunately, non-disclosure agreements can also be used to hide indiscretions committed by abusers. A number of the victims who have recently come forward say that they were subject to non-discslosures that made them fearful of speaking “badly” about the companies and individuals for whom they worked.

Things are perhaps even worse for victims who must sign non-disclosures to facilitate a financial settlement with their alleged abusers. They may receive monetary compensation, but such victims are unable to tell their full stories so as to prevent their abusers from harming others in the future. In some situations, confidentiality may be appropriate to protect the victims, but it is important to understand the full scope of such an agreement before signing it.

Many of the recent allegations have ties to Hollywood, though the alleged incidents are said to have occurred around the world. California law currently provides that non-disclosures agreements regarding civil settlements are not enforceable if the settlement involves certain potential crimes, including child sex abuse and felony sexual assault. Confidentiality agreements can be enforced for matters that do not rise to felony levels. Regardless of their legal validity, however, those who sign such agreements tend to follow them. Even when informed by an attorney about the legal exceptions, many are still afraid that violating their non-disclosures could cost them their settlements.

If you or your child have been a victim of sexual abuse or harassment and would like to take legal action against your abuser, contact an experienced San Jose sex abuse attorney. Call (408) 289-1417 to discuss your options with a compassionate member of the team at Corsiglia McMahon & Allard, L.L.P. today.