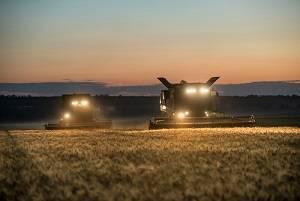 When you think about work on a farm, you most likely picture a team of workers—perhaps family members—sweating through their shirts as they toil in the hot sun, especially if the farm you envisioned is in California. Did you know that in today’s fast-paced economy, some farms work around the clock to meet the demands of buyers and consumers? The practice, however, is not without its risks as more than 1,500 farm workers have been injured at night in California between 2011 and 2014.

Perhaps the largest benefit to farm work being done at night is the drastically lower temperatures compared to the daytime. Lower temperatures mean a reduced risk for heat-induced injuries—including heatstroke and heat exhaustion. The cooler ambient temperatures also make processing easier for certain crops, including blueberries, tomatoes, and onions. It seems, though, that alleviating the heat risk has allowed other risks to take its place, including the risk of trip-and-falls, snake and spider bites, and being run over by machinery or farm equipment.

The Bureau of Labor Statistics (BLS) reports that in the four-year period spanning 2011 to 2015, more than 1,500 California farm workers have been non-fatally injured while working between the hours of 8 p.m. and 8 a.m., but there is reason to believe the number may actually be quite a bit higher. Many federal and state databases do not categorize the exact time of a work-related injury, if the time was even reported in the first place. Data from the BLS, for example, does not show a time of injury for nearly a quarter of reported incidents in 2014, which means there may have been more night farming injuries than actually estimated. As it stands, California is responsible for about half of all nighttime farm worker injuries nationwide.

A major part of the problem facing nighttime farm workers is that California does not maintain any standards regarding lighting for night work. This means that working conditions can vary greatly from farm to farm, with some relying on the headlights of passenger vehicles while others employ industrial-strength floodlights at odd angles, casting shadows that can hide uneven terrain. Efforts have been underway since 2013 to create illumination regulations for growers, but, so far, little official progress has been made. The California Department of Industrial Relations hopes to hold public hearings on a set of proposed regulations by the end of the year.

If you or someone you love has been injured while working on a farm at night, you may be entitled to seek compensation for your injuries. Contact an experienced San Jose workplace injury attorney to learn more about your available options. Call (408) 289-1417 to schedule your free, confidential consultation at Corisglia McMahon & Allard, LLP, today.