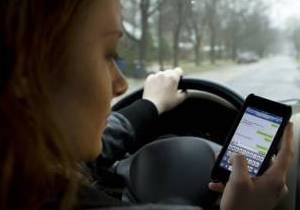 By now, we all know that it is dangerous to use our cell phones while driving. Of course, that does not stop a large number of people from talking, texting, or scrolling through web pages and apps behind the wheel. A driver who takes his or her eyes of the road for just five seconds at highway speeds will travel the length of a football field during that time—all while effectively blind to his or her surroundings.

Distracted driving is cited as a common cause of car accidents, yet proving that a driver was using a cell phone at the time of an accident is extremely difficult, if not impossible in some cases. New technology, however, is being developed that could help law enforcement officials determine what a driver was doing with his or her phone in the moments leading up to a crash.

A Breathalyzer for Cell Phones

The emerging technology is expected to be launched in upcoming months in the form of a tablet-sized device—like an iPad—that can be used to analyze the recent usage of a cell phone. The device is being called a “textalyzer,” a play on the word breathalyzer. Similar to a breathalyzer, the textalyzer will be used to gather evidence following an incident of interest. Unlike a breathalyzer, however, the textalyzer will focus primarily on establishing contributing factors to an accident rather than providing the potential basis for criminal charges.

According to Cellebrite, the company that developed the device, the textalyzer will be able to determine if data was recently transferred to or from the phone. This means that it could establish when the phone was used to send text messages or messages through an app. The company insists that the textalyzer will not be able to see the content of such messages. The idea is that if law enforcement can establish that a phone was in use just before a crash, the owner of the phone may be found to be at fault for the accident.

Skeptics are not convinced, and many believe that even being able to tell what apps a person was using is an unacceptable invasion of privacy. The technology, for example, could tell law enforcement that the phone was used to access Facebook’s mobile app or Instagram, even if the device cannot see what the user did. In addition, it is unclear how the device will determine the difference between messages sent using hands-free technology—which is available on nearly all modern smartphones—and those requiring hands-on input.

Cellebrite says that it is waiting to put the textalyzer into full production until state legislatures across the country establish laws regarding the use of such technology. Such legislation is currently pending in several states, but the future of the bills is uncertain. The U.S. Supreme Court ruled in 2014 that police officers must obtain a warrant before searching a criminal suspect’s cell phone even after an arrest. Therefore, any law allowing the use of textalyzer technology would likely face challenges in court before the use of the device becomes standard operating procedure after an accident.

Injured by a Distracted Driver?

If you have been hurt in an accident caused by a person who was texting while driving, you may be entitled to collect compensation for your injuries. Contact an experienced San Jose personal injury attorney to discuss your case in a free consultation today.