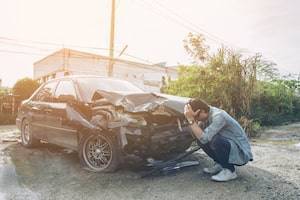 Ride-hailing apps like Uber and Lyft have revolutionized transit. Unfortunately, they have also led to increased danger on roads throughout the United States, according to one new report. Researchers now estimate that when ridesharing comes into a new market, it is associated with an increase of 2 to 3 percent in the number of deadly car accidents. Prior to the proliferation of ridesharing services, car accident fatalities were at a record low.

In 2010, just before ridesharing apps became popular, the total number of deaths from car accidents was the lowest the figure had been since 1949. That year, there were 32,885 motor vehicle accident fatalities reported in the United States.

According to the latest research, ridesharing apps like Uber have caused the number of car accident deaths to increase. To arrive at this conclusion, the researchers acquired data from the National Highway Traffic Safety Administration (NHTSA) and compared them with the dates in which popular ridesharing companies became available in a specific area. The researchers then looked at collisions rates in those cities per vehicle miles traveled (VMT).

VMT shot up once Uber and other competitors launched in San Francisco in 2010, due to in part to the distance operators travel between the end of one fare and picking up the next. A different study found that this year in New York, rideshare operators drove an average of 2.8 miles between fares. With the increase in VMT, there was also a corresponding increase in the number of fatal accidents.

Critics of the study--including the ridesharing apps themselves--take issue with the way it was conducted. One economist noted that this research does not take into account the correlation between lower gas prices and increased driving and how this has affected crash rates.

If you have been injured in a car accident involving a ride-sharing vehicle, or if a loved one has died in such an accident, you should speak to a lawyer as soon as possible. In California, accident victims have three years to bring a claim for damages.

Depending on the severity of your case, an attorney will need time--possibly several months--to research your case before filing a lawsuit. In addition, you may be able to settle with the at-fault driver’s insurance company if you have enough time for negotiations.

Car accidents involving ridesharing vehicles can present a number of complex issues, and the sooner you get your case into the hands of a capable California motor vehicle crash lawyer, the better. Our firm has a proven track record of getting accident victims and their families the compensation they need and deserve. Call our office today at 408-289-1417 to schedule a free consultation.