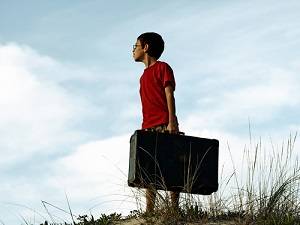 Gov. Jerry Brown has signed a bill barring inquiry into a child’s immigration status in personal injury actions. The measure, introduced by Assemblyman Jimmy Gomez, D-Echo Park, protects the legal claims of undocumented children from being devalued because of the children’s immigration status.

The new law, which began as Assembly Bill 560, provides that, in a civil lawsuit involving liability, such as a personal injury lawsuit, the immigration status of a minor child is generally not a relevant consideration, with narrow exceptions. As enacted, the legislation bars courts from considering a minor’s immigration status in such lawsuits. There are two exceptions to this prohibition:

The bill was introduced after over 80 elementary school students in the Los Angeles Unified School District sued the school district, alleging sexual misconduct by a former Miramonte Elementary School teacher. The students’ attorney asked the court not to consider the students’ immigration status when calculating damages. But the school district said their status was relevant to the damage calculation, because their country of legal citizenship would affect their future earning potential.

Prior to the passage of the new bill, existing law enumerated several situations in which a person’s immigration status could not be considered, including for the purposes of civil rights, labor, and employment laws. It did not, however, address undocumented children, or personal injury actions.

In a California personal injury case, the plaintiff’s immigration status is not admissible evidence to prove his or her propensity to lie. But it is relevant if the injured party is asking for compensation for future wages. In that event, the plaintiff’s future earnings are calculated according to what the plaintiff could earn in his or her country of citizenship. In many countries, this amount may be drastically lower than what it is in the United States, and so the damage calculations of undocumented immigrants will also be reduced.

Assemblyman Gomez commented on the passage of the bill, noting that undocumented children deserve the same protections as other children. The new law helps to ensure fairness and avoid the devaluation of any children, whether or not they are in the United States legally.

It is sad when any person is hurt in an accident, but especially so when it is a child. If you or a loved one has been injured because of someone else’s negligence or wrongdoing, please contact the dedicated Monterey personal injury attorneys at Corsiglia, McMahon & Allard, L.L.P. today at (408) 298-7200 for a free consultation.