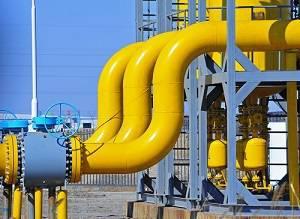 Increased drilling in recent years has led to a series of problems with old and unsafe pipelines. Tragically, some of the explosions resulted not only in the destruction of hundreds of homes but in the deaths of innocent victims. The steadily rising number of gas explosions eventually led the Pipeline and Hazardous Materials Safety Administration to focus on strengthening safety regulations and maintenance standards for the more than 300,000 miles of pipeline carrying natural gas across the nation.

The push for enhanced safety regulations has been largely driven by recent accidents, such as the San Bruno explosion in 2010, which left fifty people injured and eight killed. In that case, the explosion was linked to a break in a Pacific Gas & Electric 30-inch steel gas pipeline, which had been constructed in 1956. The break caused a shock wave that was equal to a 1.1 magnitude earthquake and created a 40-foot deep crater in San Francisco. At the time, older pipelines were exempt from being pressure tested and so the pipe’s weakening state went unnoticed until it burst and began spewing gas.

The safety rules proposed by the Administration would require a variety of new standards, including:

Gas line explosions can cause serious and often permanent injuries and, in some tragic cases, can even be deadly. Many victims also lose their homes and all of their possessions. Obtaining medical aid and replacing destroyed property can be financially devastating for victims and their families.

However, if the explosion was caused by negligent maintenance or inspection, the gas utility company may be held responsible for compensating the victim for medical expenses, lost wages, and pain and suffering. In some instances, more than one party can be held legally responsible for the injuries.

Gas explosions can cause a vast amount of damage in a short amount of time, making them especially dangerous. Being the victim of a burst gas pipe can take an extreme physical, emotional, and financial toll, so if you or a loved one were injured in a gas explosion, it is important to seek the advice of an experienced attorney who can help you obtain the compensation you deserve. Please call the dedicated San Jose personal injury attorneys at Corsiglia, McMahon & Allard, L.L.P. at (408) 289-1417 for a free consultation.