Negligent Entrustment of a Motor Vehicle in California 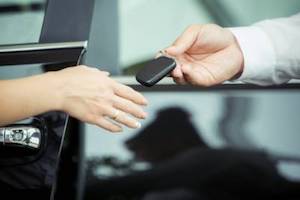 Sometimes, a car accident is caused by a person driving a car that he or she does not own. When this is the case, an injured person may have a legal claim against the owner of the vehicle for medical expenses and other damages if the owner negligently entrusted the car to the driver.

A person negligently entrusts a vehicle when he or she knows, or considering the circumstances, should know, that the driver is incompetent or unfit to drive, but nevertheless entrusts the vehicle to the driver’s care. If an injured plaintiff can establish that an injury was proximately caused by the driver’s incompetence or inexperience, the owner of the vehicle may be held liable.

Negligent Entrustment of a Motor Vehicle

To hold a defendant vehicle owner liable for the negligent entrustment of a motor vehicle, an auto accident victim must prove that:

Proving the negligent entrustment of a motor vehicle requires the injured party to demonstrate that the owner had actual knowledge of facts that showed the driver’s incompetence. For instance, the knowledge that a driver had only a learner’s permit allowing him or her to drive only if accompanied by a licensed driver is sufficient evidence to put the car owner on notice that the individual may be an incompetent driver. Other scenarios that have been found to constitute actual knowledge include an owner’s knowledge or awareness that:

If, however, a court determines that the circumstances would have led a person of ordinary intelligence to entrust the vehicle to the driver, the owner will not be liable.

If you have been injured in a car accident and the other driver was not the owner of the vehicle he or she was driving, you may be able to recover compensation for your losses from the owner of the car. Contact an experienced San Jose personal injury attorneys at Corsiglia McMahon & Allard, L.L.P. today. Call (408) 289-1417 for a free initial consultation.