Motorcycle Accident Reminds Californians of the Risks of Motorcycling 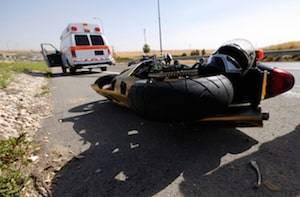 On Friday, September 21st, a Californian motorcyclist was fatally injured in Firebaugh, California. The accident occurred late in the evening when the victim’s motorcycle drifted out of control and launched the rider into a dry drainage canal. The tragic accident reminded all Californians of the inherent dangers of motorcycling. In 2016 alone, 4,976 motorcyclists were killed throughout the United States. If you or a loved one are injured in a motorcycle accident, it is critically important to pursue the legal representation your family deserves.

Motorcyclists often put themselves in danger by driving recklessly or neglecting to wear protective equipment. The use of a helmet can lower the risk of severe brain trauma by around 70%. Next time you ride your motorcycle, be sure to ride with a helmet, which can make the difference between life and death in a motorcycle accident.

Set Up a Free Consultation with a Monterey Motorcycle Accident Lawyer