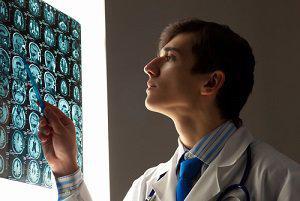 There is no doubt that Americans watch sports, and over the last several decades, football has become the most popular television spectator sport in Amercia. It is reported that 64 percent of all U.S. households tune in to watch the intense competition presented by the National Football League (NFL). So, when the NFL began paying more attention to the safety of the players in 2013 by announcing Concussion Assessment Guidelines, the sports world took notice as did local football associations and school districts across the country.

The guidelines, developed by the NFL’s Head, Neck and Spine Committee in effort to better detect concussions and to guard against personal injury at the point of contact, also covers protocol for:

It is estimated that high school athletes sustain an estimated 300,000 concussions per year. With these numbers and following the lead of the NFL, high schools are now instituting their own concussion assessment guidelines, the county of Monterey is no different.

Published by the County Administrative Office (CAO), the November 14, 2016 CAO Weekly Report reported that the Brain Smart program developed by the Natividad Medical Center (NMC) was prepared to launch community-based education sessions on head trauma. To promote safety in sports, NMC has been reaching out to high school athletic departments across the county and has been providing education on the inherent dangers of a concussion, the overall range of symptoms and protocol options for returning to play. The NMC physicians involved in the program report a healthy response to their educational sessions and are working toward decreasing the estimated 1.5 million youth concussions per year by openly discussing the serious dangers involved with a concussion which are often overlooked or misunderstood.

Dr. Debi Siljander, sports medicine physician at NMC, believes that the benefits of the Brain Smart program will result in earlier recognition and treatment of a concussion. She hopes the program will greatly reduce the number of brain trauma incidents suffered by Monterey County youth involved in sports. Siljander also stated that since a vast majority of concussions do not involve the loss of consciousness, coaches, parents and players need to understand that removal from the game or practice followed by a substantial rest period are needed to give the brain time to heal.

If you reside in Monterey County and your child is involved in sports and is recently experiencing confusion, dizziness, difficulties with balance or concentration, headaches, nausea or slow reaction time, these may be symptoms of an undiagnosed concussion. The Monterey brain injury attorneys of Corsiglia, McMahon & Allard, L.L.P. urge you and your family to seek immediate medical attention. If a brain injury is diagnosed, we can help address your legal concerns if an established concussion protocol was not followed at the time of impact during a regulated sport. Our attorneys work with neurologists, traumatic brain injury personnel, and other top professionals to gather the evidence and information needed to support a brain injury claim. Contact our offices at (408) 298-7200 to learn more about our services today.