Monster Energy Makers Say Girl's Death Not From Their Drink 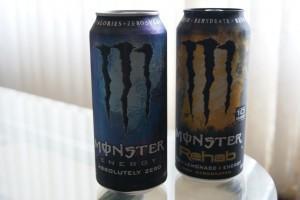 Monster Beverage Corp. has billed Monster Energy Drink as a "killer energy brew." After reports that serious harm and deaths may be linked to the drink, some are asking whether the saying is more than just a slogan. Monster says there is no evidence.

Last year, the parents of one a teen sued the California based company after she died of cardiac arrest. Her parents blame caffeine toxicity from drinking two of the drinks on two consecutive days, and the parents' lawyer says there is evidence of toxicity. In response to the wrongful death and product liability suit, the company recently announced that doctors hired to examine the girl's medical records found no evidence that the drinks killed the girl, who was being treated for a heart condition.

The company said the team found no evidence to support the report of caffeine toxicity issued by the medical examiner in the girl's home state. The lawsuit isn't the only death that some believe is attributed to the drinks.

The Food and Drug Administration (FDA) said last fall that it was investigating reports that five deaths could be associated with the drink. Additionally, energy drinks now being being eyed by regulators and lawmakers.