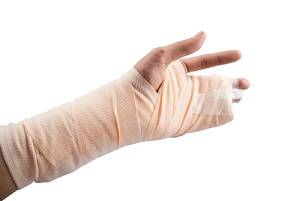 The Duty to Mitigate

It is important to remember that the failure to mitigate damages does not bar liability. The negligent person is still responsible for the harm. The only thing that is affected is the amount for which the negligent party may be liable. Even if the defendant is 100 percent at fault for the injury, that does not relieve the victim from the duty to mitigate damages.

The failure to mitigate damages is an affirmative defense. This means that in order to have the damage amount reduced, the defendant must show that it is more likely than not that the victim failed to mitigate.

The court will then consider the reasonableness of the injured party’s efforts to mitigate, in light of the circumstances of the case. For example, the court will consider the victim’s ability to make efforts or expenditures without undue hardship. If the injured party did make reasonable efforts to avoid further harm, he or she will be entitled to compensation for those expenditures.

For example, a pedestrian may suffer a broken arm when she is hit by a car. If she delays getting the break set, and it then heals incorrectly, causing her extended pain and the eventual medical bills to increase, she cannot recover for the increase in damages.

Often, the failure to mitigate damages applies in the context of lost wages. Personal injury plaintiffs who are rendered unable to work can recover damages to compensate them for their lost wages. But they do have the responsibility to make reasonable efforts to get gainful employment.

As an example, a personal injury victim may lose his job because he was temporarily unable to work after being injured. But when he recovers, he must try to get a new job. If he does not, his compensation for lost wages will be reduced by the amount that he could reasonably be expected to earn in that time, if had made reasonable efforts to find employment.

If you have been injured by another’s wrongful acts or negligence, it is important to contact an attorney to help you with your case. Please call the dedicated San Jose personal injury attorneys at Corsiglia, McMahon & Allard, L.L.P. today for a free consultation.