Mental Health Issues That Can Accompany a Workplace Accident 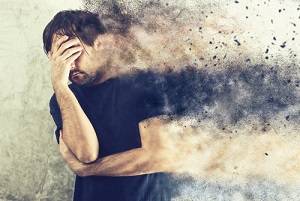 You already know about the physical injuries you can suffer in a workplace accident. Broken bones, sprains, strains, and injuries to the head and spinal cord can all be sustained in a slip, fall, or other workplace accident. This is especially true in workplaces where employees perform manual labor and can easily be physically injured.

But are you aware of the mental injuries you can suffer as a result of a workplace accident? In the United States, mental health is discussed much less frequently than physical health, partially because its symptoms are less visible and partially because of the stigma attached to mental illness. But victims who are injured in accidents often suffer from mental health issues alongside their physical injuries. By understanding these issues, you can better recognize their symptoms in yourself after an accident and seek appropriate professional care. Remember, if you are eligible to file an injury claim to seek compensation for the treatment of your physical injury, you could potentially recover compensation for your mental healthcare as well.

Post-traumatic stress disorder (PTSD) is a serious mental condition that affects individuals who have been put through traumatic experiences. Although PTSD is often associated with veterans who have faced trauma during war, workplace accident victims can also suffer from PTSD. An emotional shutting out of one's environment, constant flashbacks to the event, and an inability to focus as symptoms of PTSD.

Anxiety can occur alongside PTSD but also exist on its own. When an individual suffers from anxiety, he or she is often plagued with recurring, intrusive thoughts, irritability, hypervigilance, trembling, and insomnia.

A phobia is an anxiety disorder that is characterized by an individual becoming fixated on one particular anxiety-causing stimulus. After an accident, it is not uncommon for an individual to develop a phobia of doing the action he or she did when the accident occurred, such as working with heavy machinery. Individuals can often work through their phobias through behavioral and exposure therapies.

It is also not uncommon for an injury victim to become depressed after his or her accident. This can appear on its own or in conjunction with another mental disorder like PTSD or anxiety. Depression is characterized by difficulty sleeping, a lack of interest in people and things around the victim, fatigue, feelings of guilt, and an overwhelming feeling of worthlessness. Suicidal thoughts can also accompany depression – if you are having these, seek professional help immediately.

Recognizing that you are suffering from a mental health issue is the first step toward recovering from it. If your mental health problem stems from an accident caused by another party's negligence, the next step toward a full recovery is working with an experienced San Jose workplace injury attorney. Contact Corsiglia, McMahon, & Allard, L.L.P. today to schedule your legal consultation with our firm. We proudly serve clients throughout the Bay Area, San Mateo County, Alameda County, San Benito County, Monterey County, and Santa Clara County.