Liability for a Food Allergy Injury 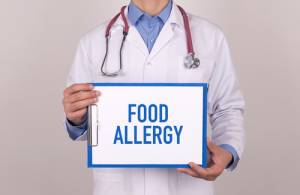 Late last year, General Mills recalled 1.8 million boxes of Cheerios that were labelled gluten-free, but actually contained wheat. The company stated that the mix-up occurred due to the accidental use of wheat flour instead of gluten-free oat flour at their manufacturing plant. The distribution of the defective product posed a serious risk to consumers, as the consumption of gluten can cause those with wheat allergies or celiac disease to experience extreme discomfort, as well as more serious medical conditions, such as anaphylaxis.

A food allergy is a condition where the immune system is hypersensitive to certain food products that are harmless to most people. According to the Centers for Disease Control and Prevention, food allergies are on the rise. Reports indicate that the number of teenagers and children with food allergies increased from 3.4 percent in 1999 to 5.1 percent in 2011.

The Food Allergen Labeling and Consumer Protection Act requires food manufacturers to disclose the presence of the most common allergens in their products, including:

Under the law, if the substance is not a raw agricultural product, and it contains an ingredient that is a major food allergen, the label must either:

The only exceptions to the labeling rules are when:

Liability depends on whether the at-fault party is a food manufacturer or a food service establishment, such as a restaurant or nursing home. When the defendant of the suit is a food manufacturer, a victim can assert that the company negligently failed to provide a warning, which is a strict liability claim. In order to establish a failure to warn claim, a victim must show that:

If the at-fault party was a food service establishment, a victim must show that the restaurant provided inaccurate information or had notice of a customer’s allergy.

If you or a loved one suffered from an allergic reaction to a product that was negligently labelled or manufactured, please contact the passionate Monterey County personal injury attorneys at Corsiglia, McMahon & Allard, L.L.P. for a free consultation.