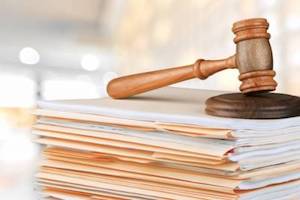 When you get behind the wheel of your car, you assume that you will get to your destination safely and without incident. Unfortunately, however, thousands of drivers every day in the United States are involved in accidents that cause property damage, injuries, and sometimes death. Most drivers assume that when they are in an accident caused by someone else, the at-fault driver’s insurance company will be responsible for any injuries or damages that may have resulted. But, what if the costs associated with the damages and injuries are greater than the limits of the at-fault driver’s insurance policy? In such a situation, an accident victim may need to file an underinsured motorist claim with his or her own insurance company, but as a recent case in Orange County shows, insurance companies are not always as reliable as they seem.

In 2009, a man from Newport Beach was injured when another driver ran a stop sign and collided with the man’s vehicle, just a few miles from his home. The man suffered blood vessel and nerve damage and was left with one arm paralyzed. Due to his injuries, the man was unable to work, according to his complaint and his attorney.

The at-fault driver’s liability coverage had a policy limit of $100,000, which was far less than the $900,000 in losses that the man had suffered. This prompted the man to file an underinsured motorist claim with Geico, his own insurance carrier, in April of 2012.

According to court documents, Geico made a $400,000 payment to the man, but not until about a year and a half after he filed his claim. In the meantime, the man was forced to sell two homes he owned at a loss, as well as a $1.4 million real estate development project in Colorado. For five months after the claim was filed, the man claimed, Geico did not request records or statements or make any other attempts to resolve the claim. After five months, the insurance carrier allegedly began making “spurious and irrelevant” requests, such as for documents that the man and his attorneys already provided. The payment was only issued, the man’s lawsuit alleged, after the man demanded arbitration.

The man subsequently filed suit for breach of contract seeking compensation for the losses he sustained while waiting for Geico’s payment. Last month, an Orange County jury found in the man’s favor. The jury awarded the man nearly $10 million for economic and non-economic damages, including the loss of his homes and business, mental suffering, and emotional distress. In addition, the jury determined that Geico should pay $13 million in punitive damages.

Attorneys for the insurance company say they will appeal the verdict.

Trouble With an Underinsured Motorist Claim?

If you have been injured in an accident caused by a driver with insufficient insurance coverage, getting your insurance company to pay may be challenging. Contact an experienced San Jose personal injury attorney to discuss your situation. Call (408) 289-1417 for a free consultation at Corsiglia McMahon & Allard, L.L.P. today.