Joint and Several Liability in California 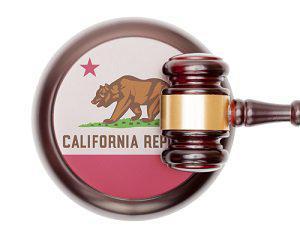 Often, in personal injury cases, more than one party is involved in causing the accident. What, however, does this mean for the injured party? In California, the doctrine of joint and several liability deals with this issue. For joint and several liability to apply, at least two parties must have acted negligently, and each party’s negligence or actions must have contributed to the injury. Then the parties at fault, or tortfeasors, may be held jointly and severally liable.

Joint and several liability means that an injured party can pursue any tortfeasor for the entire judgment, even if that tortfeasor was not 100 percent responsible for the harm caused. That tortfeasor may then pursue the other tortfeasors for reimbursement of that portion of the damages for which they are responsible.

In California, joint and several liability applies only to economic damages. This includes damages such as lost income, medical expenses, and property damage. It does not include noneconomic damages, such as pain, suffering, loss of companionship, or emotional distress.

An Example of Joint and Several Liability

Consider the following example to understand joint and several liability. Alice and Bob, in their respective cars, both run a red light and hit Charles, who is driving through the intersection. Charles suffers serious injuries and damage to his car, and he is unable to work. Charles decides to sue. He can choose any of three options:

At trial, the jury determines that Charles’s medical bills totaled $140,000, that he lost $50,000 in wages, and that the car suffered $10,000 in damages. The jury also determines that Alice is 10 percent at fault and Bob is 90 percent at fault in the accident. Bob makes very little money, has no valuable assets, and is uninsured. Alice, on the other hand, has an annual salary of $1,000,000.

If Charles sues both Alice and Bob, and then tries to enforce a judgment for $20,000 (his share of the total damages) against Bob, he may have difficulty doing so, as Bob does not have $20,000 either in cash or in valuable assets. However, with joint and several liability, Charles is allowed to pursue only Alice and force her to pay all the economic damages resulting from the injury. Since medical expenses, lost wages, and property damage are all economic damages, he will be able to recover the full $200,000 from Alice. Alice then has the responsibility to pursue Bob for his share of the damages.

The legal system is complex, and navigating it can become even more confusing if you have to deal with complications such as multiple tortfeasors. The advice of an experienced attorney can help accident victims maximize their recoveries in personal injury suits. If you or a loved one has been hurt in an accident or intentionally, and feel that someone may be at fault, please contact the skilled San Jose personal injury attorneys at Corsiglia McMahon & Allard, L.L.P for a free consultation today at (408) 289-1417.