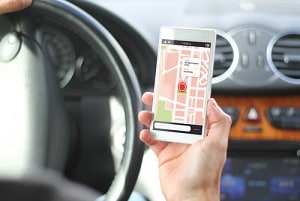 Many individuals have found themselves at a bar or party and have been drinking too much to drive home. Those in this predicament have some choices to make. Some will walk home or ask a friend for a ride. Others will decide that they can still drive themselves home, risking a DUI, serious injury, or even death. Sadly, many who drive while intoxicated risk their own lives and those of the other drivers. The CDC reports that on average, 28 individuals die in car accidents which involve an intoxicated driver every single day. When ridesharing services like Uber first became available, it was thought that people that had been out drinking would use the service instead of driving themselves. Uber touted the benefits of their service and claimed it would make the nation’s roads safer. Unfortunately, this may not be the case.

Why has the Emergence of Ride Sharing Services not led to Decreased Traffic Fatalities?

A recent study from Oxford University and the University of Southern California has found that Uber may not be reducing the number of drunk drivers the way many had hoped. Researchers analyzed data regarding drunk driving before and after the arrival of Uber and other ridesharing services and found that the rate of drunk driving fatalities was not significantly affected.

Although many people use services like Uber to go home after a night of drinking, it may not be enough to make a substantial difference in the number of drunk drivers on the road. Researchers suggested that there may not be enough Uber drivers available and that many people who use Uber or similar services formerly used taxi services. A large percentage of drinkers will still drive after drinking beyond the legal limit because they believe they are capable of doing so without getting caught.

Uber has cited other research as proof that their company does decrease the frequency of drunk driving. They point to a study authored by researchers at Providence College and Stonehill College. Studies at these institutions found that the availability of Uber-like services reduces the number of DUI’s up to 62 percent. Furthermore, a survey Uber sent to its users found that 80% of riders reported using Uber to avoid drinking and driving. It is, however, impossible to say for sure that those who use Uber when drinking would necessarily drive if Uber were not available.

Injured by a Drunk Driver?

It remains to be seen if ride-sharing services will make a significant impact on drunk driving or not. In the meantime, drunk drivers continue to cause accidents that result in serious injuries and deaths. If you or a loved one has been injured in a crash caused by a drunk driver, contact an experienced Monterey County personal injury attorney. Call (408) 298-7200 for a free consultation at Corsiglia McMahon & Allard, L.L.P. today.