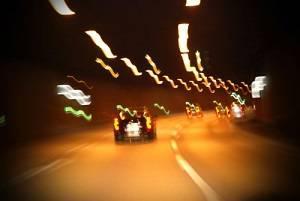 Responsibility for accidents caused by cars can encompass more than damages caused by a car owner. If the car belongs to another person, but is on loan to the driver, the car owner may be able to be held liable for any damages resulting from an accident caused because of the intoxication, using a theory known as negligent entrustment.

When a person is injured in a drunk driving accident, the intoxicated driver can, of course, be held liable for any resultant injuries. But sometimes, the driver was not driving his or her own car. Ordinarily, in a personal injury case, only the bad actor can be held liable, and the court cannot impose a duty on a third party to control the negligent party. When the third party has lent the negligent person his or her property, however, this rule may change.

Vehicle owners who lend their cars to other drivers are responsible for the damages that result from an accident caused by the driver of the vehicle. However, the owner’s liability is limited to $15,000 when the driver causes the injury or death of one person, or $30,000 for injuries or death to multiple people.

If the owner of the vehicle was negligent in allowing the driver to use the vehicle, however, he or she can be held liable under a theory of negligent entrustment, which does not involve any statutory caps on recovery. A victim may recover from a car owner if a reasonably prudent person would have foreseen the risk of an accident resulting from lending the driver the vehicle.

To recover damages, the victim must show that: