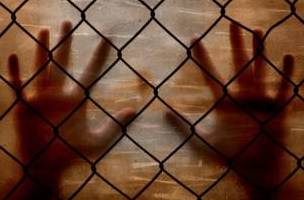 Workers who are injured on the job may be at risk for a loss in wages, injury-induced poverty, and even disability. Sadly, though, the risk may be even higher for undocumented immigrants. At risk of being deported, and possibly even at risk of non-payment through the workers’ compensation system, they are encouraged to seek added protection before filing a claim. Learn where you can find this assistance and how it may help with your work injury case.

Across the country, undocumented immigrants are facing serious consequences for filing a legitimate claim. Though injured at work, their medical expenses and losses go unpaid. Some are even forced to pay back the funds the allegedly “stole.” Others face criminal charges, deportation, and may even be separated from their families.

Take, for example, the Florida man who hurt his back while on the job. He received treatment and workers’ compensation for missed time at work. Then, after his doctors proposed surgery, an investigation determined that he had been using the social security number of a deceased individual. He was arrested on fraud charges and was ultimately deported. Still crippled by back pain, he now lives in Honduras. He has not seen his three American-born sons in more than two years. He is just one of the 75 injured workers deported out of Florida, and only one of the hundreds throughout the country.

A Closer Look at the Law

Although their presence contributes to a recovering economy, the United States has a long history of mistreating undocumented immigrants. Personal injury claims, such as those filed by injured auto accident victims, were often reduced for noncitizens because they were based on the immigrant’s country of origin. California recently passed a law to protect them, but there are still loopholes in the system, such as those within the workers’ compensation system.

While all 50 states have protections for undocumented immigrants – protections that are supposed to ensure they receive compensation for legitimate injuries – many have found a way around the law. They catch immigrants on things like fraud. They deport them. They search for any and every loophole they can find to deny a worker’s claim.

Before filing a claim, it is crucial that undocumented immigrants have added protection from an experienced attorney. Corsiglia, McMahon & Allard, LLP is the firm to trust. Dedicated to your best interest and committed to ensuring you receive the compensation you deserve, our San Jose work injury attorneys will aggressively protect your rights in a work injury case. Schedule your free consultation by calling (408) 289-1417 today.