How Does California Assess Fault in Motorcycle Crashes? 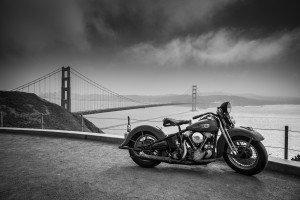 Fault is a word that has two meanings. There is the meaning in the average person's language, and then there is the meaning in the legal world. When it comes to California and motorcycle accidents, fault falls under a policy and law known as comparable fault. This legal approach has been in place since the middle of the 1970s and is still generally the fault-determination approach today. It can be a surprising experience to go through, especially for those going through a motorcycle accident for the first time.

Under comparable fault, the court reviews all of the facts of a car accident, including the injuries caused and the property damage involved. This is always the case when there is more than one person involved as drivers. Additionally, it is rare that the fault is attributed equally between the two or more parties involved. Instead, some portion of fault is determined for everyone involved. For example, in an accident caused by a DUI, most people would assume the drunk driver is entirely responsible. However, under California law, a second driver hit could be partially at fault if he, too, was speeding. As a result, juries now find fault in terms of percentages, which then dictate the actual value of what is recovered, if anything.

While a number of states carry and allow no-fault insurance laws for accidents, California is not one of them. This includes motorcycle insurance policies. Under a no-fault approach, the insurance companies involved work together to cover injuries and damage caused in an accident. There is no fault attributed to a given driver unless someone is permanently disabled or serious injuries occur. People often like these laws because they lower the amount of lawsuits, and, generally, everyone is returned to some level of status quo the way they were before the accident occurred.

Again, California does not follow this policy, instead levying responsibility on each case that is not settled outside of court. That legal position of the state is seen as the reason why California has far more accident lawsuits filed by a California motorcycle lawyer or legal corporation than other states nationally.

Always get a Consultation

Because of the way the state laws are fashioned, anyone who gets into a motorcycle accident should at least consult with a California motorcycle lawyer before making any decisions to settle or move on from the incident. Not doing so could end up in a person losing recovery rights as well as being held liable to another party in the same accident.