How Did a Fatal Lion Attack Happen at a Big Cat Sanctuary? 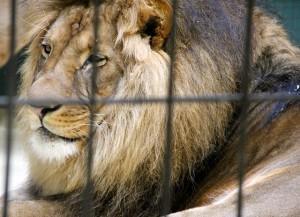 A 24-year-old intern at a California big cat sanctuary died recently when an African lion attacked her, prompting an investigation into how the fatal workplace accident happened. The woman died of instantly of a broken neck. The 5-year-old lion was fatally shot after officers and staff could not coax it away from her body.

The woman had been volunteering at the facility for two months. The park closed for several days but returned to normal operations so that the staff could focus on the 29 wild cats on the grounds. The woman's family said they supported the reopening of the facility. Meanwhile, investigators continued to search for answers about why the fatal accident happened.

They believe the lion lifted the door of a partially closed feeding cage with its paw and attacked the woman as she cleaned a larger enclosure area. They say the gate was supposed to contain the lion, but that it was not completely closed, calling the death "an accident, an error."

Could the sanctuary face legal liability for what the fatal workplace accident? Situations like this one are complex. As a volunteer, it's not clear whether the woman was covered by workers compensation insurance, which could provide compensation to her family. In some situations, families may also be able pursue a separate wrongful death claim. In this case, the family would have to show that woman died because the facility was negligent.