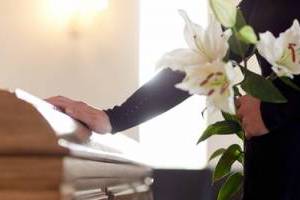 Goodwill is one of the largest, most widely known non-profit organizations in the United States. After the death of a 26-year-old dock worker, they are also under investigation for allegedly failing to provide a safe working environment. Learn what the investigation could mean for you or someone you love who has been injured while working at a Goodwill store, and discover where to find assistance with your workers’ compensation or wrongful death claim.

Death of an Allegedly Untrained Worker

It was in September of last year that the young employee, just one month on the job, stuck his head between two pieces of heavy machinery – a trash compactor and an empty bin – to check their alignment. A fellow former employee alleges that the accident could have been prevented if only the store had provided training. Unfortunately, the young man’s death may not have been the only preventable one. There are also numerous injuries that have allegedly been linked to the non-profit organization. Cal-OSHA is now investigating them.

A String of Violations, Injuries, and Wrongful Deaths

Before the investigation ever started, the Sacramento-based Goodwill store had received a record $106,675 in violations from Cal-OSHA. All six of those violations were connected to the young worker’s death, but this is not the first time that Goodwill has been flagged. In fact, they are the only Goodwill in the nation to have received a “willful-serious” workplace violation in the last ten years. Further investigation shows that Goodwill has had problems nationwide: a similar death in Washington state, at least three major violations in a Nevada store, an employee hit in the head with a metal pipe, and bins that are overloaded with sharp and dangerous objects are only the beginning.

What the Investigation Could Mean for Your Case

If you or someone you love has been injured at a Goodwill store or an affiliate connected with the Goodwill stores, you may be entitled to compensation that goes above and beyond workers’ compensation. Unfortunately, proving such an entitlement can be extremely difficult, especially for victims. An experienced work injury lawyer may be able to help.

At Corsiglia, McMahon & Allard, LLP, we understand the devastating impact of a work injury or death. Dedicated and experienced, we will fight for you. Get the compensation and representation that you deserve. Call (408) 289-1417 to schedule a free consultation with our San Jose work injury lawyers today.