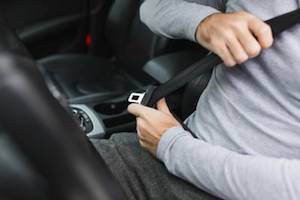 Sociologists and other experts on human behavior give names to various periods in the evolution of human civilization. You have probably heard about the Stone Age, Bronze Age, and Iron Age, but in more recent centuries, other names have been used such as the Industrial Age, Computer Age, and Space Age. One could make the argument that a good name for the age we are in right now might be the Selfie Age. With the rise of cell phone technology and the ubiquitous camera in every device, people from all walks of life can be seen taking pictures of themselves for posting on social media. Sometimes, however, the need to take a selfie can be deadly, as the family of a Texas teen recently learned in the most tragic way possible.

Last October, a 16-year-old girl in Houston was on the way to a Halloween party with several of her friends. Various reports indicate that just a few blocks from her house, the girl—who was a passenger in the vehicle—took off her seatbelt so she could take a selfie with her friend. Seconds later, the driver lost control of the car and went off the road. The girl was thrown from the vehicle and died instantly, her father told news outlets. The other occupants of the car still had their seatbelts on and walked away from the accident with just minor injuries.

The story is making headlines again now because the girl’s family has launched a public awareness foundation and educational campaign in her honor. The non-profit provides car window decals that encourage drivers and passengers to buckle up every time they get in the car. All it takes is to forget one time, and the consequences could be deadly.

“Our daughter would be here today if she had been wearing her seatbelt,” her father said.

According to the National Highway Traffic Safety Administration, seatbelt use is at about 90 percent nationwide, but that means some 27 million people still do not bother to buckle up. The NHTSA estimates that seatbelts prevent an average of about 14,000 roadway deaths each year and countless more serious injuries. In fact, when used properly, seatbelts reduce the chance of death in an accident for a front-seat passenger in a car by up to 45 percent. In an SUV or light truck, seatbelts decrease the risk of fatal injury by 60 percent.

In California, it is illegal to operate a motor vehicle unless you and all of your passengers are wearing seatbelts. Children who are 8 years old or under, or who are shorter than 57 inches tall, must be in an approved car seat. Failure to wear a seatbelt is a primary offense, which means that you can be pulled over and cited if anyone in your vehicle is not wearing their seatbelt properly.

Injured in an Accident?

Even if you wear your seatbelt every time you get in the car, there is still the possibility of being injured in an accident. If you or someone you love has been hurt in a car, truck, or motorcycle crash, contact an experienced San Jose personal injury attorney. Call (408) 289-1417 for a free consultation at Corsiglia McMahon & Allard, L.L.P. today.