Ford, Kia, and Hyundai Are Recalling Dangerous and Defective Vehicles 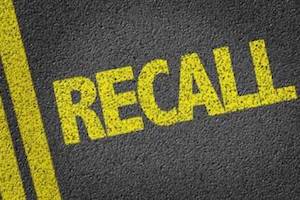 Three vehicle manufacturers – Ford, Kia, and Hyundai – are issuing recalls on dangerous and defective vehicles. The news juxtaposes Takata’s declaration of bankruptcy, which may have many Americans thinking about the havoc that a recall can wreak on the lives of everyday people. Learn more about the current recall, including the risks of not responding, and what you can do to protect your rights if you or someone you love is injured by a defective vehicle.

On Wednesday, Ford issued three separate recalls – one over safety issues, and the other two over safety compliance issues. The safety recall pertains to approximately 400,000 2015-17 Ford Transit vehicles, which are commonly used by transit companies, schools, construction companies, and large families. Ford says the affected vehicles may experience a crack in the flexible coupling of the driveshaft, which could cause the vehicle to lose power while driving or move while in park. Damage to the driveshaft could also result in damage to surrounding components, such as the vehicle’s brake and fuel lines.

Together, Hyundai and Kia are recalling a total of almost 240,000 vehicles. For Hyundai, the recalls include the Genesis BH and Equus VI. Kia’s Mohave SUV, Sonata LF, Genesis DH, Santa Fe CM, Tucson LM, Sorento XM, Carnival VQ, Sportage SL, Avante MD, and i30 GD are also being recalled. A press release indicates that five different safety issues are affecting these 12 different vehicle models. Some include issues that could create a fire hazard. Others relate to the vehicle’s braking system. Another could cause the vehicle’s tire to fall off while it is in motion. In short, there is a broad range of issues that are placing consumers at risk.

When Someone You Love is Injured by a Defective Vehicle

It is the consumer’s responsibility to ensure their vehicle is repaired after the announcement of a recall, but injuries that occur before the official recall may be considered compensable. Sadly, pursuing a settlement is not an easy feat. Corsiglia, McMahon & Allard, LLP protect the rights of victims and aggressively pursue compensation. Let us fight for you. Call (408) 289-1417 and schedule a free consultation with our San Jose defective vehicle lawyers today.