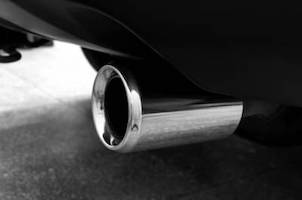 Vehicles might be convenient, but they are also large and dangerous machines. This is why manufacturers are expected to implement certain safety features (i.e. seat belts, air bags, etc.). What happens, though, when manufacturers fail their consumers and create a vehicle with safety defects? What happens when those auto defects cause an injury? Ford may be serving as an example.

As of February 2017, the National Highway Traffic Safety Administration had received over 150 complaints from consumers who claimed they had become sick or incapacitated from exhaust fumes in the cabin of their vehicle. One of those complaints came from a California police officer.

The officer claimed he had become nauseous while driving and then lost consciousness. He does not remember anything after that, until he was being cut out of the vehicle by emergency responders. Upon examination at the hospital, doctors determined he had most likely suffered from carbon monoxide poisoning. He had also experienced traumatic brain injury during the crash and is still healing.

It is now being purported that the defect is in all Ford Explorer vehicles. The risk is allegedly higher when the air conditioner is in recirculation mode and the vehicle is running in full throttle. Yet there is still a possibility that the exhaust may leak in other situations.

Ford Takes a Stance in the Purported Leaks

When one makes a mistake, they should be willing to accept accountability. Unfortunately, Ford is taking a stance much like other auto manufacturers: they are claiming that the defect does not pose a safety risk. Even worse is that their statement indicated they had known about the issue and had done nothing to fix it.

What This Could Mean for Consumers

Because consumers are at risk for injury, and could possibly even injure others, it is critical that Ford Explorer owners contact their vehicle dealer to discuss concerns. Further, if an injury or auto accident has occurred, victims should contact an experienced personal injury attorney for assistance. This can help ensure that all aspects of the case are considered, including the possibility of a defective product lawsuit.

If you or someone you love has experienced an accident due to possible carbon monoxide poisoning from a Ford Explorer SUV, contact Corsiglia, McMahon & Allard, LLP for help. Dedicated to protecting your rights and best interest, our San Jose auto defect lawyers will fight to get you the compensation you deserve. To schedule a consultation, call us at (408) 289-1417 today.