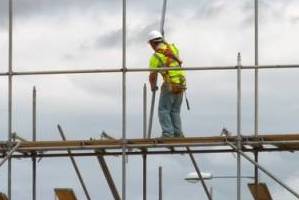 A construction site is one of the most dangerous places a person can work. With hundreds of people, dozens of trucks and other machines, and countless moving pieces of building materials and supplies, there are literally thousands of ways in which workers could be injured. Such dangers were recently highlighted by an accident in mid-November at the site where a high-speed rail system will eventually cross the San Joaquin River in Fresno.

According to reports, the accident occurred when a tower comprised of steel rebar fell over and hit a second similar tower. The second tower fell on top of the workers below, sending two to the hospital with moderate injuries. Three others were also hurt but were treated at the scene and did not require hospitalization.

The California Highway Patrol is investigating the accident because it occurred on state property, while Cal-OSHA is looking into the safety aspects of the incident. The California High-Speed Rail Authority has stopped construction at the site and announced plans to conduct its own investigation.

The location where the accident occurred is one of 17 active worksites in the 29-mile stretch in and around Fresno County. The entire project, however, is one of the most ambitious infrastructure ventures in recent history. The California High-Speed Rail System is being built in two phases, with first phase connecting San Francisco, Los Angeles, and Anaheim with more than 500 miles of rail by 2029. The second phase will extend the system north to Sacramento and south to San Diego, adding about 300 more miles of rail.

While the rail project accident is currently under investigation and no cause is yet known, it is important to keep in mind that construction site accidents can become very complex. There are often multiple companies at work on the same site and the actions of each worker can affect the safety of many others. The quality of supplies, tools, and other equipment may also influence site safety.

For example, if the steel rebar used to build the tower at the rail site is found to be defective or improperly manufactured, the manufacturing company could share in the liability for the workers’ injuries. (Note: This is purely hypothetical, as there have been no public indications that the quality of the material is in question in this case.)

If you have been injured on a construction site, workers’ compensation may be not be available or it may not be sufficient to meet your needs. Fortunately, you may have additional options. Contact an experienced San Jose workplace accident attorney to discuss your case. Call (408) 289-1417 for a free consultation at Corsiglia McMahon & Allard, L.L.P. today.