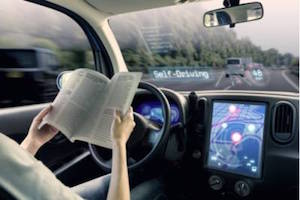 Over the last several years, there has been much talk about the rise of driverless vehicles and how they will make American roadways safer in the decades to come. Unfortunately, we are not quite there yet. In fact, most experts suggest that autonomous vehicle technology is still its infancy. As the software that manages driverless cars and trucks improves, however, there will certainly be accidents and mishaps, and some will cause injuries and deaths. Just last month, the first fatal crash involving an autonomous vehicle and a pedestrian occurred in Tempe, Arizona, and tech companies are taking the matter very seriously.

The accident happened on a Sunday night in March when a self-driving Uber SUV hit a 49-year-old woman as she was walking her bicycle across the street. The woman was taken to a local hospital where she died of her injuries. The vehicle was in autonomous mode, but a test driver was behind the wheel, ostensibly to take over control if necessary. Video of the incident, as well as police reports, indicated that the woman “suddenly emerg[ed] from the darkness on the side of the road.” The video also showed that the human test driver was not looking at the road at the time of crash.

While most experts who have seen the footage believe that it would have been difficult, if not impossible, for any human driver to avoid hitting the pedestrian, tech leaders suggest that driverless cars are supposed to exceed human capabilities in many ways. Driverless vehicles are equipped with a number of cameras and sensors that allow it to process information about the surrounding environment, including other vehicles, pedestrians, and possible hazards. The Uber SUV involved in the crash even had what the industry refers to as “lidar”—a radar system that relies on laser pulses.

Compared the human eye, which is limited by the direction that the driver is facing, lidar is meant to create a three-dimensional picture of the world around the vehicle in all directions. Industry experts know that such detection systems are not yet perfect and that things can go wrong. There have been reports of driverless vehicle software misinterpreting the data it collects. For example, a few patches of tape on a stop sign have fooled at least one self-driving car, and traces of fog in the air have caused trouble for other vehicles.

For its part, Uber has announced that it will cease testing of its autonomous vehicles for the immediate future. The company said that it would not seek renewal of its California DMV testing permit which expired at the end of last month. At some point, however, testing will undoubtedly resume, as tech companies look to perfect their self-driving software.

If you or someone you love has been injured in any type of auto accident, it is important to understand all of your options for collecting compensation. Contact an experienced Monterey County personal injury lawyer for a free consultation and case evaluation. Call (408) 298-7200 to schedule an appointment today.