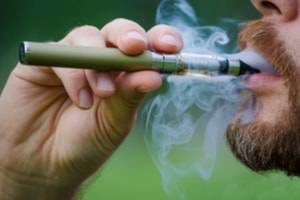 Hundreds of different brands of electronic cigarettes, also known as e-cigs, saturate the marketplace. These battery-operated devices are marketed as a safe way for consumers to get their nicotine fix without the additional dangers in a typical cigarette. Sales of these apparatuses began in 2007, but popularity only really started to gain traction within the last five years.

As with any new product, consumer safety is essential. Yet stories of exploding e-cigarettes have been reported in the news. Therefore, one may ask, just how safe are these alternative smoking devices?

Most e-cigs consist of the cartridge for flavor and nicotine, the atomizer that heats up the liquid, and a battery. Of these three components, the lithium-ion battery is the culprit—the same type of battery found in may other electronic devices. According to FEMA, some of the explosions occurred during charging.

With regard to the charging malfunctions, the majority are linked to the usage of a non-compatible charging cord or USB adapter. As with any other device containing a rechargeable lithium-ion battery, it is recommended to only use the manufacturer supplied cable. Any other cord has a possibility of overcharging these devices, and therefore increases the temperature of the battery. Hence, an explosion of the atomizer occurs.

One person has allegedly died from a blast that occurred next to his oxygen tank, causing it to explode as well.

Explosions While in use are More Common

A report put out by the United States Fire Administration in July of 2017 indicates that 62 percent of the exploding incidents within the U.S. occurred while in use, in the hand, or in a pocket. In other words, the product was not charging at the time. The report announced that the events occurred as a direct result of the lithium-ion battery. In addition, because of the shape and construction of the devices, they behave like “flaming rockets” when the battery does fail. The report went on to explain, without any doubt, “it is clear that these batteries are not a safe source of energy for these devices.”

Injury Rate Will Continue to Rise

FEMA predicts that as these products increase in popularity, so will the rate of injury and other damages. Despite the known dangers, however, manufacturers continue to produce their product.

If you have suffered injuries sustained from an explosion of an e-cig, you may be eligible for monetary relief. A Monterey, CA defective product attorney can help. The attorneys at Corsiglia McMahon & Allard, L.L.P. have helped clients like you you take home the maximum dollar amount owed to them for their damages. Schedule your free initial consultation today at (408) 289-1417 to review your case and your options.