Examining the Most Common Causes of Fatal Car Crashes 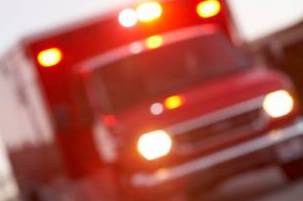 In 2016, America saw its biggest two-year jump in road fatalities in over five decades. In fact, estimates from the National Safety Council indicate that at least 40,000 people died in a motor vehicle crash that year. An improving economy, lower gas prices, and the continued rise of distracted driver accidents were thought to be some of the major contributing factors to that increase, but what other issues are causing fatal crashes in America? The following explains.

A General Overview of the Fatal Crashes in America

In a comprehensive study from the Auto Insurance Company, researchers determined that failure to stay in one’s own lane was the leading cause of fatal crashes in America. Failing to yield at an intersection came in at a close second. Other prevalent and widespread causes of fatal car crashes include:

In their analysis of fatal crashes in America, the Auto Insurance company also examined the prevalence of other bad driving behaviors that may lead to a fatal accident. One such behavior was driving while under the influence, which continues to be a pervasive issue in the United States. California was low on the list when compared to other states, but even one death is one too many. If you or someone you love is injured or killed in a drunk driving crash, contact an experienced auto accident lawyer for assistance with your claim.

Speeding and other forms of reckless driving are also common in America. Again, California is somewhat low on the list when compared to other states, but local drivers know just how common such issues can be. Since speeding and reckless driving are both considered negligent behaviors, victims of such accidents may be entitled to compensation.

For California, the most common cause of fatal accidents is improper turning. It makes sense, given the complexity of some of the local roads. However, this behavior is not caused by confusion alone. Other factors, such as drunk driving, drugged driving, and inattention may also result in an improper turn. If you suspect that any such behavior may have been the cause of an accident that injured or killed someone you love, seek aid from an experienced attorney.

At Corsiglia, McMahon & Allard, LLP, we understand the massive impact that a fatality can have on surviving family members. Skilled and compassionate, we can represent your rights and assist you in pursuing the compensation you deserve. Learn more by scheduling a free consultation with our San Jose fatal car crash attorneys. Call (408) 289-1417 today.