Even Mild Concussions May Cause Swelling in the Brain, Study Finds 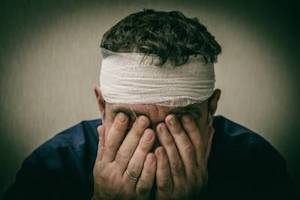 Traumatic brain injuries can range in severity. The worst of injuries, known better as severe traumatic brain injury (TBI) can lead to death or permanent disability. Moderate injuries, though generally less catastrophic, can result in short- or long-term disability and a loss of wages. Mild injuries, the most common type of head injury, may require only a short period of healing. However, even the mildest of injuries could result in swelling of the brain, a new study says. Learn more about this study and the rights that you may have after a traumatic brain injury, including your right to pursue compensation through a personal injury claim.

A Closer Look at the Study

To determine the potential consequences of a mild brain injury, Ohio State University researchers examined the brain cells of dead mice. They intentionally exposed those cells (neurons) to a process known as puffing, which mimics what the neurons might experience after a mild brain injury. Within a matter of seconds, axons (threadlike parts of the neurons that carry electrical signals from the brain to the rest of the body) showed beaded swelling.

Understanding that brain injury could impact a dead mouse’s brain differently than a live one’s, the researchers then turned to live mice. They intentionally caused a brain injury and then studied their brains under a microscope. Again, the axons had bead-like swelling.

While the full implications of this are unknown, researchers did say that the brains of the mice recovered after just a few minutes, which suggests single injuries may heal fully. However, the researchers believe that repeated blows or more severe head injuries may suffer long-term consequences. As an example, this may mean that adults that suffered sports injuries when they were younger may be at an elevated risk for long-term consequences. It should also be noted that older individuals may be less likely to make a full recovery, even in cases of mild injury, because older brain cells do not repair themselves as rapidly as younger ones.

If you or someone you love has experienced a traumatic brain injury caused by negligence (i.e. an auto accident), you may be entitled to compensation for your losses. Corsiglia, McMahon & Allard, LLP can assist you with your pursuit. Dedicated and experienced, our San Jose traumatic brain injury lawyers aggressively pursue the most favorable outcome possible in every case. Schedule a free consultation by calling (408) 289-1417 today.