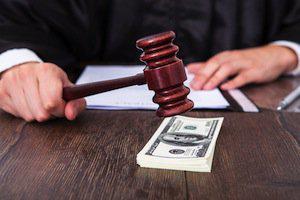 Most personal injury lawsuits settle before ever going to trial, which means that both parties must sign a settlement agreement. A settlement agreement is a written document, usually promising the payment of a specified sum of money in exchange for a release from liability. This means that if the defendant pays the settlement money, the injured party forfeits the right to bring further legal action against the defendant for harms resulting from the matter. The parties may settle the full case, or the settlement may be partial.

California law provides that if the parties enter into a settlement agreement, the court may enter a judgment pursuant to the settlement’s terms. The settlement must either be in writing, signed by all the parties outside the court, or may take the form of an oral agreement made in the court’s presence.

The judge hearing the motion to enforce may examine evidence and hear oral testimony. The judge may also resolve factual disputes that arose regarding the settlement. If the settlement is sufficiently clear in its terms, the judge may then enter a judgment pursuant to its terms, giving the injured person the power of the court on his or her side.

California’s insurance regulations provide protections for injured persons who settle with the defendant’s insurance company. The regulations state that the insurer must tender payment immediately upon receipt of release, and has no more than 30 days to do so, unless the insurance policy provides for a waiting period. “Release” refers to the injured person releasing his or her rights to sue in exchange for the payment of a sum of money. In other words, an insurance company has 30 days to pay the settlement after the settlement agreement has been signed.

It can be challenging and stressful when the party at fault refuses to pay the settlement amount. If you are having difficulty enforcing a settlement agreement, please contact the experienced San Jose personal injury attorneys at Corsiglia, McMahon & Allard, L.L.P. for a free initial consultation.