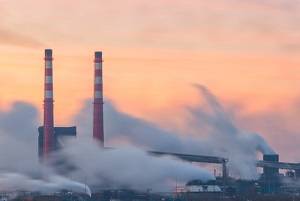 In California, employers can be held liable for injuries sustained by their employees if they were exposed to harmful substances, like asbestos, while on the job. Recent appellate court decisions, however, have raised questions concerning how far premises liability extends off of the premises. In other words, can employers be held responsible for the secondary exposure of harmful chemicals to those with whom their employees came into contact? Confusion at the appellate level has led the Supreme Court to agree to review two of the most prominent cases on the issue.

Between 1973 and 1979, Johnny Kesner frequently visited the home of his uncle, who worked for Abex and, as a part of his employment, was exposed to harmful levels of asbestos. In 2011, Kesner was diagnosed with peritoneal mesothelioma, which he alleges was caused by secondary exposure to the asbestos dust that he came into contact with on his uncle’s clothing.

The appellate court ruled in favor of Kesner, stating that because it was a manufacturer, Abex had a duty to warn Kesner about potential exposure to harmful chemicals, and that its failure to do so constituted negligence.

Lynn Haver contracted mesothelioma as a result of her secondary exposure to the asbestos on her husband’s clothing, tools, and vehicles in the 1970s when he worked for BNSF Railway. Although BNSF was aware that asbestos exposure (including secondary contact) to the spouses of its employees was dangerous, it failed to abate those conditions. As a proximate result of her inhalation of asbestos fibers, Lynn suffered from throat cancer and progressive lung disease, which eventually caused her death.

In a subsequent suit against BNSF, Lynn’s heirs claimed that because the company owned the premises where her husband was exposed to asbestos, it was the railroad’s duty to provide not only a safe environment for him, but to protect Lynn from any secondary exposure to harmful chemicals. The trial court and the appellate court ruled for BNSF based on the general rule that premises’ owners do not owe a duty of protection from exposure to asbestos to family members of employees. In its opinion, the appellate court noted that this scenario differed from that in Kesner because BNSF was merely a landowner and not a manufacturer.

The California Supreme Court has granted preferential review for both Kesner and Haver in an effort to clarify the issue of the extent of premises liability. The Court’s decision could have massive repercussions for personal injury suits, as an extension of a landowner’s potential liability to third parties would significantly expand the scope of their duty of care.

If you or a loved one has suffered from lung cancer, mesothelioma, diffuse pulmonary fibrosis, or other respiratory issues or cancers, and were exposed to asbestos, an experienced attorney may be able to help you collect compensation for your injuries. Please call the skilled Monterey personal injury attorneys at Corsiglia, McMahon & Allard, L.L.P. at (408) 298-7200, for a free consultation.