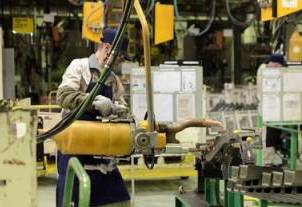 Tesla is one of only four major automakers in the United States. It is also well-known for being ahead of the curve in its technology. Unfortunately, that may be where the list of admirable qualities ends for this car manufacturing company. An employee of Tesla publicly aired concerns over Tesla’s worker injury rates. Issues related to workers’ compensation were also expressed in the public statement. Further investigation from Worksafe has not only validated those concerns, but it has also sparked renewed efforts to unionize the company. The hope is that unionizing would improve overall work conditions and better protect employees.

After their former employee had come forward, Tesla released a statement on their blog, claiming their injury rate is just 4.6 percent. If that were correct, their rate would be about 30 percent better than the industry standard of 6.7 percent. Worksafe says the answer is not that simple.

Using Tesla’s Form 300, a log of work-related injuries that the company must supply to employees upon request, Worksafe figured a rate of 8.4 percent in 2014 and 8.8 percent in 2015. That places them about 30 percent higher than the industry standard. Worksafe did admit that Tesla’s rate for 2017 has been lower, but issues with the company’s reporting could drastically impact the accuracy of their reports.

Worksafe found problematic reporting issues that, at best, makes their estimates on this year’s injury rate preemptive and unreliable. At worst, their rates may be completely inaccurate. As an example, Tesla reported just 705 injuries on their 2016 OSHA 300 log, but then revised it three months later. An additional 135 reportable injuries had been added. The company’s records for the current year had similar changes and revisions, which suggests that their injury rates are higher than they want to let on. Perhaps the updates were strategic, or perhaps they were a mere oversight. Either way, there is a reason for concern.

Companies that fail to report injuries are doing more than just manipulating society; they are deceiving the government – often to avoid consequence. The problem with that is this: consequences for poorly performing companies are meant to encourage safer work environments. Without those consequences, employees continue to experience an elevated risk of injury on the job. Worse yet, they could lose out on the opportunity to seek compensation.

If you have been injured while working at Tesla or another factory job, contact Corsiglia, McMahon & Allard, LLP for assistance with your claim. Dedicated and experienced, our San Jose work injury lawyers will aggressively protect your rights and pursue the most favorable outcome possible for your case. We offer free, no-obligation initial consultations to help you get started. Call (408) 289-1417 and schedule yours today.