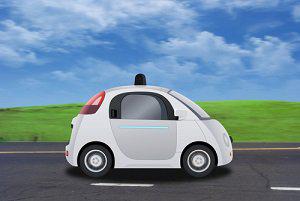 Recently, Google’s prototype driverless cars have been navigating the roads around Mountain View, California. They have been involved in two recent accidents, though the accidents were non-serious in nature, and were caused by other drivers. In one incident, the Google car was rear-ended at five miles per hour, while stopped at a red light. Both cars suffered minor scrapes to their bumpers. The other accident also involved a Google car being rear-ended at a red light, but at less than one mile per hour, and neither vehicle was damaged. No injuries were reported in either crash.

A Google car and another self-driving car, from Delphi, were reported to have nearly had an accident during a lane change in Palo Alto, when one car cut off the other. Fortunately, the second car was able to change back into its original lane, avoiding the collision.

Only five states, including California, allow driverless cars on public roads. In 2012, the California state legislature passed a law permitting driverless vehicles to operate, for testing purposes, on the roads. There are, however, strict limitations to their operation:

California’s law also requires driverless cars to have a mechanism that captures sensor data from the autonomous technology for at least 30 seconds prior to a crash, while the car is operating in automatic mode. This technology will help to determine how crashes occur.

Driverless cars may be safer than regular cars. Google and other manufacturers claim that they are because they eliminate the element of human error, which is the cause of a majority of accidents. But others, such as the National Highway Traffic Safety Administration are not so sure. No car is perfect, and some accidents not caused by humans are bound to happen.

But what happens when a driverless car inevitably does cause an accident? One major issue is determining who is liable for the harm, the owner or the manufacturer. It is likely that accidents caused by self-driving cars will become a product liability issue. This would mean that liability would shift away from the owner or individual, and to the manufacturer, designer, or vendor.

The requirement for a data capture mechanism may also help to determine how crashes occur and how to assign liability. It may be able to help insurers and courts figure out whether a car malfunctioned, an injured person was contributorily negligent, or something else caused the crash.

If you have been injured in an auto accident, whether from a driver’s negligence or a vehicle malfunction, an attorney can help you recover compensation for your harm. Please contact the experienced San Jose personal injury attorneys at Corsiglia, McMahon & Allard, L.L.P. for a free consultation.