Driverless Cars and Accidents - Who Would Be Liable? 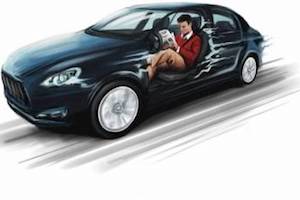 Driverless cars are well on their way to becoming mainstream. True, there are some kinks to work out and some lingering issues that need to be resolved, but the overall consensus is that they are truly the wave of the future. What would happen, though, if a driverless car crashed? Who would be considered liable in this type of automobile accident? This concern was recently discussed at the state Capitol. The following highlights what was discussed, and what it might mean for drivers and other road users.

Heard by the California State Senate Committee on Insurance, the recent discussion over driverless car liability reportedly raised more questions than it answered. The spokesperson for the Alliance of Automobile Manufacturers did vow that he and his industry would work with legislators and lawmakers to resolve the current issues and concerns. He also requested that lawmakers not pass or deliberate on any laws until they have more information on the challenges that may arise from the addition of more driverless cars on the road.

When asked who should be held liable if a driverless car crashes, the spokesperson stated that the hacker should be held liable. This essentially discounts the idea that the car itself could fail, or that the driver behind the wheel might somehow act in a way that is negligent. Unfortunately, this creates a serious risk.

News sources have already shown how things can go wrong when driverless cars and manual cars mix. One driverless car hit a bus because it did not predict the movement. Last year, a Tesla car failed to stop and the driver was killed. True, the overall number of these accidents are low, but the rate is relatively high when you consider how few of them are on the road. As such, liability must be determined before these vehicles are permitted to mix with manual vehicles.

When an Accident Injures You or a Loved One

While, ideally, driverless cars might one day eliminate crashes, they cannot do so yet or anytime in the near future. That means victims who are injured still need an advocate they can trust. In the San Jose area, that advocate is Corsiglia, McMahon & Allard, LLP. Committed to helping you get the compensation you deserve, our California auto accident attorneys will protect your interests, every step of the way. Schedule your personalized consultation by calling (408) 289-1417 today.