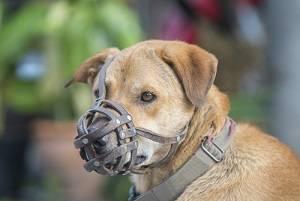 There are few things that are more traumatic than a sudden attack from a dog. Whether it be a neighborhood pet or a stray animal, the injuries can be devastating—especially for very young victims. If a dog that attacked can be traced to an owner, a victim may have recourse to collect compensation for his or injuries.

Despite their training, dogs may lash out unexpectedly for a wide variety of reasons. In California, dog bites are a strict liability matter. In other words, if you are an owner or custodian of a dog that bites, you are liable for that act from which injuries stem due to the attack. If, as a victim, you are essentially minding your own business and are attacked and bitten, you have the right to seek damages.

The consequences from a dog bite attack can range from a superficial wound to a deep gash complicated by serious infections, not to mention the trauma and mental impact. The lingering fear that often results can last a lifetime, with some victims even being diagnosed with post-traumatic stress disorder (PTSD).

In addition to the possible need for major surgery to address issues such as facial mauling, mangled extremities, and other wounds, there is another major threat that dog bite victims often encounter. A dog bite can be the source of a serious infection, requiring swift, attentive medical attention.

Typically, victims with weakened immune systems such as young children, the elderly, or anyone else battling an underlying medical condition are at greater risk of suffering from an infection. Infections associated with a dog bite may include:

Any of these infections prompt fast medical attention, especially for victims at higher risk for illness. The resulting medical costs could be burdensome, and recovery could be lengthy.

Consult With a Skilled Lawyer

If you or your child has been injured by a dog attack, the right attorney at your side can make a difference in your ability to recover compensation. Contact an experienced Monterey County personal injury lawyer for guidance today. Call (408) 298-7200 to speak with a member of our team regarding your case.