Does the Ban on Cell Phones While Driving Make Us Safer Drivers? 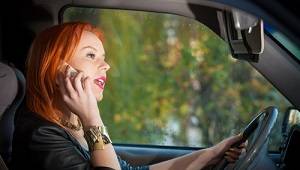 Nobody doubts that using a cell phone while driving is risky. The research clearly shows that driving while on a cell phone often has deadly consequences. When California enacted a ban on handheld cell phone use while driving, it was expected that traffic accidents would decrease. In a surprising twist, however, they did not.

Study Shows no Decrease in Accidents

The study itself did not look into the causation of the traffic accidents. However, there are several likely contributing factors. One possibility is that the law was not strictly enforced. If people did not worry about getting a ticket, chances are they would not change their behavior. Another possibility is that people simply switched to legal hands-free devices, but continued to use their cell phones.

Distracted driving continues to be a leading cause of car accidents throughout California. In some cases, drivers talking or texting while driving perform as bad, or even worse, than drunk drivers. Anything that takes your attention away from the road has the potential to cause a deadly car accident.

Even though limits on cell phones did not immediately reduce the number of traffic accidents, it did increase people’s awareness of the issue of distracted driving. But, it may have also given people a fall sense of security. Some people mistakenly believe that they cannot be a distracted driver if using a hands-free device.

Increasingly, cell phone records are being used in car accident claims to help determine the cause of the accident. Even though it is not illegal to talk on your cell phone with a hands-free device while driving, if records show a driver was talking at the time of the accident, they are more likely to be found at fault for the accident.

The best way to stay alert on the road is to hang up your phone. But, you cannot control what other drivers are doing.

If you or a loved one has been injured in a traffic accident, you need to talk with an experienced San Jose personal injury lawyer. Contact Corsiglia, McMahon & Allard, LLP today at (408) 289-1417 for your free initial consultation. You only have a limited time to make a claim so do not delay.