Differences Between Assault and Battery 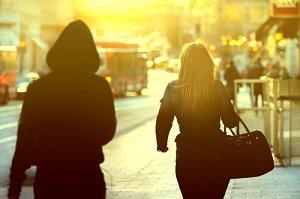 The words assault and battery are often used together. But they refer to two different things. Usually, an assault is immediately followed by a battery, but that is not always the case. In California, criminal law prohibits both assault and battery, and civil law also provides for penalties.

Assault violates an individual's right to have peace of mind and to live without others causing fear of personal harm. California law provides for two ways to commit assault. First, a defendant will be liable for assault if:

However, the present ability to harm is not mandatory for an assault to be committed. If a person is put in fear of injury, the defendant is not required to have actually intended an injury. Thus, a defendant may also be liable for assault if:

In a 1944 case, a man pointed an unloaded gun at another man. The court ruled that that fear of being shot was enough to cause an actionable injury, unless the victim knew that the gun was not loaded.

Unlike assault, battery requires harmful or offensive physical contact with the victim. To show that a person committed a civil battery, the injured person show that:

Assault and Battery Together

Injuries sustained as a result of assault or battery can be serious, but receiving compensation for those injuries can help. If you believe you have a civil assault or battery claim, please contact the dedicated San Jose personal injury attorneys at Corsiglia, McMahon & Allard, L.L.P. for a free initial consultation at (408) 289-1417.
Contact Us
Practice Areas
Client Reviews
★★★★★
I absolutely cannot speak highly enough of CMA Law, particularly of Mr. McMahon, with whom I have had the most experience. My entire family and I trusted CMA with our case following a significant and life-altering vehicle accident, and to say they delivered is putting it lightly. They were reachable & personable at every stage of this arduous, complex, and scary process, made things easier at every stage, inspired us with confidence, and delivered results. If you're looking for a law firm to place the trust of you in your family in, look absolutely no further than CMA - this is your firm. Declan O.
★★★★★
I suffered a severe spinal injury while working as a farm mechanic in the Salinas Valley. The attorneys -Tim McMahon and Mark Sigala were fantastic from the beginning. They fought for me over 3 long years and in the end, we won a difficult liability case against the farm company who was using dangerous equipment. The defendants in the case tried everything to put the blame on me and even claimed I was their employee in order to avoid civil responsibility. Tim and Mark never gave up on me and my case. I cannot recommend them highly enough. They are fighters. Adrian A.
View More Reviews
Submit a Law Firm Client Review