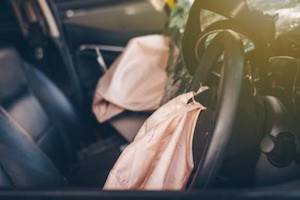 Over 43 million Takata inflators have been recalled since 2001. Sadly, only around half of them have been replaced. Now, with another 3.3 million vehicles being added to the list of recalls, drivers continue to face the risk of an injury from these defective devices. Learn more about what your rights may be if you or a loved one have been injured by a defective airbag, and discover how an experienced personal injury lawyer can assist with the process.

The National Highway Traffic Safety Administration (NHTSA) says the Takata airbag recall is unprecedented, which is apparently why drivers are experiencing such major delays in receiving a replacement for their defective airbags. Much of it is due to the difficulty that manufacturers are experiencing in obtaining the parts that are needed. Sadly, the reasoning does nothing for drivers who continue to be at risk when they drive their vehicles – usually out of necessity – while they await a replacement for their defective airbag.

A Florida man, who has been waiting four years now for his airbag to be replaced, is a prime example. While he says knows that the airbags are dangerous (he claims to have only recently realized the severity of the issue), he continues to use the vehicle to transport his sick wife to and from doctor’s appointments – most likely because he does not have any other choice.

Additional Vehicles Added to the Recall

Recalls on defective Takata airbag inflators have been occurring since 2001. Since then, 19 automakers have recalled as many as 69 million inflators in approximately 42 million vehicles. Another 3.3 million were just added to the list. The latest expansion included certain vehicles manufactured by Honda, Audi, Toyota, BMW, Fiat Chrysler, Daimler Vans, General Motors, Mazda, Jaguar-Land Rover, Mercedes-Benz, Tesla, Mitsubishi, Nissan, and Subaru in 2009, 2010, and 2013. Automakers are prioritizing vehicles in hot and humid climates, as those are the most likely to explode in a crash.

Although vehicle owners have received notice of the defective airbags (perhaps multiple times), they are often unable to work around the defect while awaiting a replacement part – and that can place them at risk for an airbag-related injury. There are also numerous injuries that have occurred since the recalls began – and even new deaths have been linked back to the defective airbags. In either case, victims may be owed compensation. Matters must be handled carefully, however; timing can be everything. Furthermore, victims should be aware that other negligent parties, such as another driver, could be liable if an injury or death occurred.

At Corsiglia, McMahon & Allard, LLP, we fight hard to ensure that auto accident victims receive every ounce of compensation they are owed. Dedicated and experienced, our San Jose personal injury lawyers can examine your case to determine what your options may be. Should you decide to move forward with your case, we will then aggressively pursue the most favorable outcome possible. Schedule your free initial consultation to get started. Call (408) 289-1417 today.