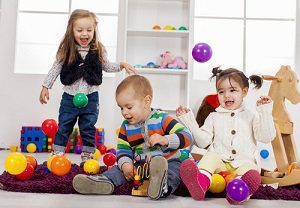 If a child is injured at a daycare center, and the injury could have been prevented if the daycare workers had been vigilant in watching and protecting the children, several different causes of action may apply. Two of these claims apply when a daycare’s inadequate supervision allowed the child to be injured by another child or by a dangerous condition. The daycare may have been negligent in watching the child, and breached its duty to care for the children and keep them from harm. The daycare may also have neglected its duty to prevent a dangerous child from harming the other children at the center.

Children, especially young children, must be closely watched. They may choke on small objects, drown in pools, drink poisonous chemicals, or injure themselves in countless other ways. Daycare centers exist primarily for the purpose of supervising the children in their care. Thus, daycare workers have the duty to exercise reasonable care in the supervision of the children.

If a daycare has not prevented a child from harming him or herself while under the daycare’s supervision, the child may have a claim for negligence. To prove a daycare’s negligence in court and recover damages, several elements must be proven. The action must demonstrate:

The level of care required to avoid a negligence action will vary with the child’s age, developmental levels, and any special needs. For example, if a daycare center leaves poisonous cleaning supplies in an unlocked cupboard, and a child ingests the chemicals, causing injuries, the daycare may be liable for those injuries.

If a child was injured by another child’s actions while they were under the daycare center’s supervision, the child may have a cause of action for negligent supervision. Normally, a parent or other caregiver, such as a daycare, is not responsible for the wrongful actions of children under their care. But they may be liable if their supervision of the child was negligent, and that negligence resulted in harm to another.

To show negligent supervision, the injured party must show that:

For example, if a daycare worker leaves a child alone with another child, whom the worker knows to have violent tendencies, and the violent child then injures the first child, the daycare may be liable for the injured child’s harm.

Childhood injuries can cause permanent harm to an individual, and can mean costly medical expenses. If your child has been injured in a daycare accident, please contact the passionate San Jose personal injury attorneys at Corsiglia, McMahon & Allard, L.L.P. for a free initial consultation at (408) 289-1417.