Cyclist Accidents a Growing and Pervasive Problem in California 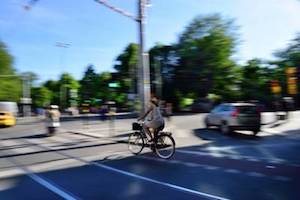 Cycling might be great for your health and the environment, but traveling by bicycle in California is dangerous business. In fact, California has one of the highest cyclist fatality rates in the country, and the problem is only getting worse. Learn more about how you can protect your bicycle riding loved ones in the San Jose area, and what you can do if an injury or accident does happen to you or someone you love.

A Growing and Pervasive Problem

Certain areas in California have received intense criticism for refusing to pass, create, or enforce better laws for bicyclists – and for a good reason. In the first half of 2016, the death toll of cyclists in Southern California had nearly doubled since the same period in the previous year. Further, it is not just Southern California seeing an uptick in fatalities, or in cyclists. More people are commuting by bicycle and many others who would if they did not fear for their lives. Unfortunately, removing that fear may prove to be difficult.

Though some law enforcement officials and motorists are quick to note that cyclists are considered responsible for a little more than half of all fatal accidents, they fail to acknowledge the almost half of cyclist fatalities that are the fault of drivers. Further, an accident blamed to the cyclist does not absolve a motorist of guilt; auto accidents are complex matters and often have a shared fault between one or more drivers and road users.

Although some refuse to consider that improved safety – be it through the creation of more designated bike trails, the passing of better laws, or just reducing speed in areas that have a high density of cyclists – could save hundreds of lives, there have been small changes made. For example, San Jose has recently started paying more attention to their bike lanes and trails. They even opened a bicycle path underneath the Airport Parkway Crossing along the Guadalupe River Trail.

Still, more must be done to make the roads safer for everyone, but especially those that are most vulnerable. Until that happens, it is highly suggested that cyclists learn the safest routes with the least amount of traffic and that they always wear a helmet and follow the rules of the road. Doing so can ultimately decrease the risk of an accident.

Should an Accident Occur

No matter how careful you or a loved one may be, accidents can still happen. If it does, contact Corsiglia, McMahon & Allard, LLP for assistance. Our San Jose bicycle accident lawyers will fight to get you the compensation you deserve. Dedicated and experienced, we pursue the most favorable outcome possible for every situation. Schedule your free consultation by calling (408) 289-1417 today.