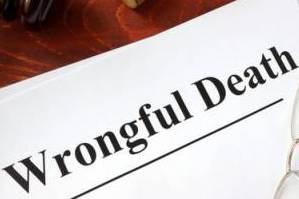 No matter what you do for a living, your job involves certain risks—even if you work in an office at a computer all day. Of course, the dangers may be greater in other jobs, such as construction or manufacturing, but no workplace in completely risk-free. In some cases, however, extraordinary circumstances may amplify such dangers, as was the case for toll workers on the San Francisco-Oakland Bay Bridge last week.

In the early hours of the morning last Saturday, a box truck approached the Oakland side of the Bay Bridge. A line of vehicles was waiting at the toll plaza, and the truck crashed into the last car in the line, the California Highway Patrol reports. Officials say that the collision began a chain reaction, and the truck continued toward the toll booths, eventually crashing into the structure. The two occupants of the truck were ejected from the vehicle, both of them requiring hospitalization. The crash also claimed the life of a 46-year-old toll worker and sent five other motorists to the hospital as well.

According to news outlets, the toll worker was a ten-year veteran of Caltrans who is survived by her husband and their 10-year-old daughter. California Governor Jerry Brown ordered flags at the Capitol to be lowered to half-staff in her memory.

Because both occupants of the truck were ejected, officials were not immediately certain who had been driving. DUI and vehicular manslaughter charges have since been filed against a 32-year-old man from Foster City.

When a person is killed on the job, there are often several avenues by which the victim’s family can seek compensation for their loss. While no amount of money can truly make the family whole again, the death of a working loved one can be financially devastating. Workers’ compensation policies may offer death benefits in many situations, but when a third party is involved, the surviving family may have additional options.

If fault or liability can be linked to a person or entity outside of the victim’s employer, a third-party wrongful death claim may be possible. In wrongful death suit, a victim’s spouse, domestic partner, children, and certain other family members may seek compensation for:

It is important to note that California law prohibits the recovery of punitive damages in a wrongful death action.

Call Us for Help Today

If your family is dealing the death of a loved one who was killed at work, a compassionate San Jose workplace injury attorney can provide the guidance you need during this difficult time. Contact the offices of Corsiglia McMahon & Allard, L.L.P. today for a free consultation. Call (408) 289-1417 to discuss your available options.