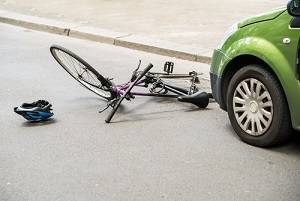 California streets are notoriously congested and difficult to navigate, which has led to an increasing number of residents choosing to travel by bicycle. Whether used for recreational purposes or as a means of transportation to get to and from work or school, bicycles can be a quick, efficient, and environmentally friendly way of navigating the state’s busy roads. Unfortunately, cyclists are also much more vulnerable to being involved in bicycle accidents with other vehicles, which can result in devastating injuries.

The most common type of bicycle accident involves a collision between a cyclist and another car. Many of these accidents are avoidable, as they are caused by the driver’s negligence. Common negligent acts that lead to accidents include:

Drivers are also required to adhere to a certain set of laws regarding bicyclists. A driver’s failure to comply with these laws can open him or her up to liability based upon the doctrine of negligence per se, which presume parties to be liable based on the violation of a statute.

In some cases, cyclists are injured not as a result of another driver’s negligence, but due to the wrongful or negligent acts of a manufacturer. For instance, an improperly-designed part may cause a bicycle to stop suddenly or veer in an unexpected direction. If the cause of the accident can be traced back to a manufacturer or distributor, that company may be held liable for its failure to carefully inspect or design its product.

Alternatively, a city or state agency may be responsible for any accidents that occur as a result of poorly designed intersections and shoulders. If a municipality or county that was responsible for designing or maintaining the road was aware of a dangerous condition and did nothing to remedy it, the injured party may have a viable claim against the city. A failure to maintain roads and trails can also lead to serious injury.

Some examples of poor maintenance that could pose a danger to bicyclists include:

Local and state authorities who are responsible for ensuring that streets are kept in a safe condition can be held liable if their negligence caused a preventable accident.

Recoverable damages include losses related to the accident, such as:

Injuries sustained in bicycle accidents can be physically and financially devastating for victims. If you have been injured in a bicycle accident because of a driver’s negligence or violation of a statute, please contact the San Jose personal injury attorneys at Corsiglia, McMahon & Allard, L.L.P. to schedule a free consultation.